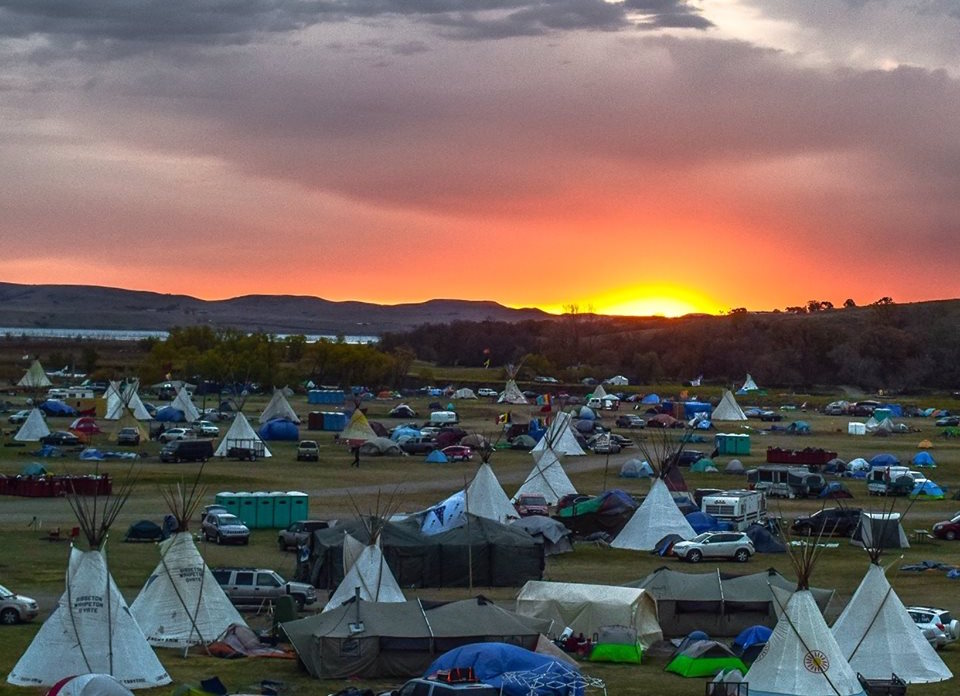 The Dakota Access Pipeline (DAPL) was approved by the Army Corps of Engineers and the new administration. It will stretch 1,172 miles from the Bakken oilfields in North Dakota to Patoka, Illinois and carry 570,000 barrels per day of crude to refineries across the U.S. By now you've heard of it and maybe also about the protesters, who call themselves "Water Protectors," who were treated violently by police for months as they peacefully camped by the potential site of the pipeline in protest. Over the course of the fight, protectors have been attacked by private security with pepper spray and dogs, and riot police made mass arrests of protectors, medics, and journalists in the area. Several reporters were arrested for simply covering the protests, a clear attempt to intimidate the media to keep them from bringing attention to the pipeline and protests. Since a previous post on how to support #NoDAPL and the Standing Rock Sioux in September, things have moved pretty quickly.

The protectors being arrested need to post bail, and those on the front lines continue to fight against the construction of the DAPL—news is currently breaking on where protesters from Oceti Sakowin camp are going— to new protest locations, or dispersing to go home. This pipeline threatens the water supply of real people, which in turn threatens the people themselves. Green America has supported the protestors with donations and supplies, and we encourage others to do the same.

What can you do:

1) Donate to the Standing Rock Tribe

2) Donate to the legal defense fund, for protesters who have been arrested or will be arrested in the course of this fight.

5) Attend a local action - This calendar is constantly updated with local actions from coast to coast and everywhere in between. Find one near you, or add yours to the list if you organize an event.

6) Join the Native Nations March on Washington - On March 10, Native peoples and their allies will gather on the National Mall and walk to the White House.

7) Call North Dakota governor Jack Dalrymple at 701-328-2200. Please provide a succinct and respectful message stating your reasons for opposing the pipeline and your concerns about the treatment of American Indians, protesters, and the intimidation of the media (including arresting reporters).