Communicating Sustainability in the Trump Era

The climate is not changing. The climate is changing as a result of natural processes. The climate is changing, at an unprecedented rate, as a result of human activity. The climate is actually getting colder. How do we evaluate these statements? The first statement has largely fallen out of use, and the last seems pretty unlikely as well. The second statement, however, still holds some clout a la "what about El Niño?". In any case, evaluating the efficacy of these statements is not an easy task. In fact it's really quite hard. It requires a dispassionate eye and a lot of time and thought. Which is what, in a sense, science and the scientific method provides. Here it is in a nutshell, courtesy of Khan Academy:

Form a hypothesis, or testable explanation.

Make a prediction based on the hypothesis.

Iterate: use the results to make new hypotheses or predictions.

Science is the slow accumulation of knowledge. Science is frustrating. The rigor demanded of a researcher almost never results in clear cut answers, simply data that illuminates within the narrow confines of a repeatable, testable experiment. Ambiguity and uncertainty are the stock-in-trade of a process that fights against easy answers and our own intuition. In the context of this new administration, scientific rigor seems more antiquated than ever. Fast, from the gut assumptions turn into decisions that will inevitably have their intended and unintended consequences. Recently, the Trump administration scrubbed mention of climate change programs from White House and State Department websites, ordered a freeze on federal grants awarded by the EPA, hobbling state funded climate research as well as other essential research programs, and appointed Scott Pruitt, a climate skeptic with ties to oil and gas companies, as EPA chief. Those of us in the green business community face a real challenge: How can we communicate the importance of sustainability when even the most basic of scientific consensus is under attack? 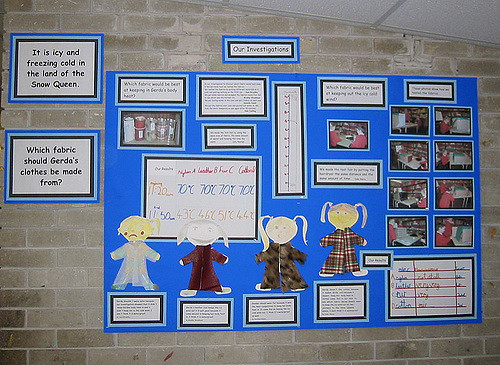 There are many barriers to scientific communication - lack of familiarity, conflicts over beliefs and values, perceptions of uncertainty, the voices of organized interests and influential individuals. Yet there remain areas of consensus, such as in the expansion of wind and solar energy, and despite the stark divide over human caused climate change (48 percent of US adults believe that the Earth is warming mostly due to human activity), an overwhelming 75 percent of adults say they are "particularly concerned" about helping the environment as they go about their daily lives, according to the PEW research center. In order to change perceptions, we need to capitalize on these areas of consensus. Luckily, the United Nations Environment Programme has produced a really cool primer on just this idea, oriented towards governmental public awareness campaigns. The report provides some important insights relevant to a green business. Essentially, for a public campaign on sustainability to be effective there are two key points to know:

This is key to why people don’t understand or remain unconvinced of the dangers of climate change. We just do not care about nebulous, distant threats - our fight-or-flight instincts simply are not programmed in this way. We respond to messages of fear with a shrug of apathy and resignation. Similarly, information is not enough. Information can raise awareness, but it is unlikely on its own to change attitudes or behavior. In fact, it can even backfire in the case where information threatens an individuals worldview or sense of self. Recently research has been moving away from the traditional "deficit model" of scientific communication, in which the assumption is that people simply do not know enough. That when people act in contrary to scientific evidence, it is because they have not been informed. The fact is values are everything in a person's decision making process. The real challenge of scientific communication is showing the relevance of scientific evidence in a specific case while addressing the many other factors that go into what a person chooses to do or consume.

In order for a campaign to be successful, the information provided needs to be tied very closely to people's aspirations. This means connecting an issue of sustainability to other issues of health and wealth, home and self-improvement. People respond to stories, a narrative arc of challenges and solutions. Rather than focusing on debunking misinformation, which tends to reinforce bad science, or trying to persuade people to be more ethical, which also tends to not work, the more effective solution is to advance a proactive narrative, by using scientific evidence as support and tapping into the values people already hold and already feel compelled to act on. As an example of an organization taking advantage of these communication techniques, take Oxfam America's Behind the Brand Campaign. Essentially, it graded the big food companies on a variety of sustainability issues, including land and water use, gender parity, workers rights, and climate emissions, and issued them a scorecard on their website. What so clever about the program was that it used a robust methodology on the back end while presenting the information in an easily digestible, dare-I-say fun way, connecting it very closely to people's values. Of course, sustainability is just one part of a larger problem facing scientific communication, a widespread lack of trust, one that will not be getting easier any time soon. To quote Atul Gawande, surgeon and public-health researcher, in his commencement speech to CalTech: