But as one might expect from one of the most influential industries in the country, oil and gas companies did not take the ban silently. In such an energy-intensive state, complying with codes regulating the effects of fracking on air and water quality, especially near residential and public spaces, means bad news for oil and gas producers. The Texas Oil and Gas Association, and the Commissioner of the General Land Office (a state agency that manages certain state-owned lands and mineral interests) have both filed suit against the city of Denton, in both the Denton County District Court and the Travis County District Court. 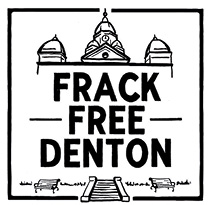 In response, the local Denton Awareness Group has teamed up with national group Earthworks and moved to intervene in the two suits. Though this movement is rooted in concern for the health of communities and their resources like fresh water and clean air, the battle will largely revolve around mineral rights. In Denton, like much of Texas, mineral rights are severed from surface property – meaning that while you may own your home and the grass that grows on your yard, the minerals below, including any oil or natural gas, were likely snatched up by the industry a while ago. The case is expected to reach the Texas Supreme Court.

Denton currently has 272 active wells within its limits, and an additional 212 surrounding the city. In addition to the well-known environmental and health risks associated with fracking and natural gas development in populated areas, the economic case for fracking is certainly overstated. Since the majority of the mineral rights in the town are privately owned, Denton doesn’t make a whole lot of money as a result of allowing gas drilling to occur within the city. A University of North Texas assistant professor specializing in bioethics and a leader in Frack Free Denton, Adam Briggle, argues that the gas industry offers very little benefit to the citizens of Denton. According to Briggle, “Royalties paid to the City of Denton account for less than 1 percent of the city budget. Taxes from wells amount to only about 0.5 percent of all city property tax revenues. The biggest beneficiaries from fracking in Denton are out-of-town companies and absentee mineral owners.”

The lawsuits, which sound like a victory for those against the use of fracking, could result in some unintended consequences. For one, the oil and gas industry are already asking that Denton pay the legal fees associated with the suits. Furthermore, if the fracking ban holds up in court, Denton could owe tens of millions of dollars for natural gas that residents don’t own, and that industry can’t reach. The severed ownership of property above and below the ground raises serious questions. And in addition to the mineral rights issue, it is still unclear as to whether the City of Denton or the State of Texas, via the Railroad Commission, should have oversight on fracking and gas production.

It will certainly be interesting to see how the case in Denton plays out. Green America supports the idea that a community, be it a small town or a big city, has the right to determine what economic activity takes place there and how it is regulated. We would hate to see Denton caught between a rock and a hard place (either allowing fracking or paying millions to industry) should gas companies be granted the right to exploit the town’s mineral resources below the surface of the city. To stay up to date with the case, follow “Frack Free Denton” on Facebook or visit their website here: http://frackfreedenton.com/