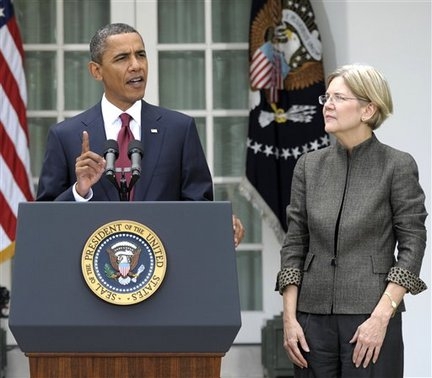 President Obama has appointed Elizabeth Warren to head the new Consumer Financial Protection Bureau as a special advisor to the Secretary of the Treasury. Green America campaigned actively with the American Sustainable Business Council and Green Business Network members to win passage of a financial reform bill that created the new agency, and wrote to the President this summer in support of ’s leadership.

As the head of the congressional oversight panel for the Troubled Asset Relief Program (TARP), has served as an advocate for consumers and small business, and attained a large support base for the nomination to her new position. A Harvard law professor, originally proposed creating the CFPB three years ago.

According to President Obama, “the Consumer Financial Protection Bureau will be a watchdog for the American consumer, charged with enforcing the toughest financial protections in history.”