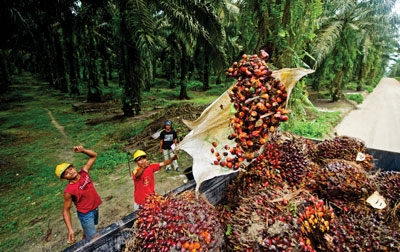 Kellogg Company, one of the largest and most well known food processing companies, has committed to purchasing only deforestation-free palm oil by December 2015.

Previously involved with Wilmar, one of the largest and most controversial palm-oil suppliers, Kellogg was urged by a Green Century Equity Fund shareholder proposal to end the partnership due to Wilmar’s high rate of illegal practices that include deforestation and exploitation of workers.

A release by Green Century mentions that Kellogg will also provide all information in regards to palm oil purchases for the sake of transparency and affirmation that the company is sourcing from suppliers that do not harm forests and also human rights.

Diane Holdorf, Kellogg Company’s Chief Sustainability Officer, states that “as a socially responsible company, traceable, transparent sourcing of palm oil is an important concern, and we are collaborating with our suppliers to make sure the palm oil we use is not associated with deforestation, climate change or the violation of human rights. By partnering closely with our suppliers to meet these expectations, we will work together to address the important topic of deforestation.”