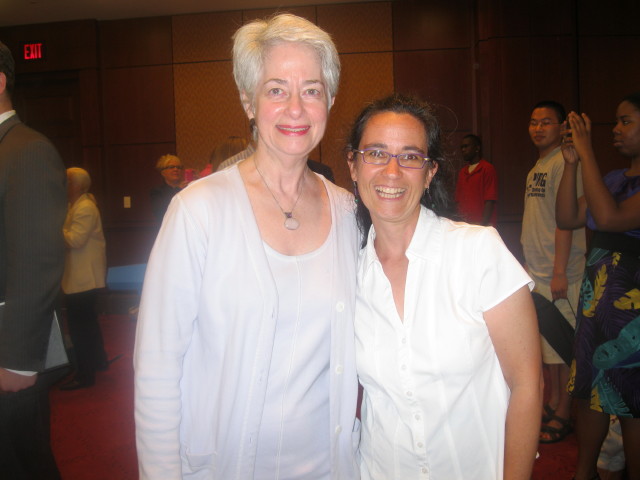 Congress passed the historic financial reform package that has been debated for more than a year. The Senate voted 60 – 39 to reign in a number of the abusive financial practices conducted by both small lenders in strip malls and mega-banks on Wall Street. Green America, in partnership with the American Sustainable Business Council and Americans for Financial Reform, worked on a specific key component of the bill – the Consumer Financial Protection Bureau.

Green America’s Director of Social Investing & Strategic Outreach Fran Teplitz was in attendance at the Capitol after the bill was passed, along with Heather Booth, Executive Director of Americans for Financial Reform. Teplitz said that “final passage of the financial reform bill, including strong protections for consumers and small business, demonstrates that the government is taking steps to prevent future financial abuses; the bill holds forth the promise of making financial security for our country a priority over Wall Street greed.”

Learn more about what the CFPB will do »