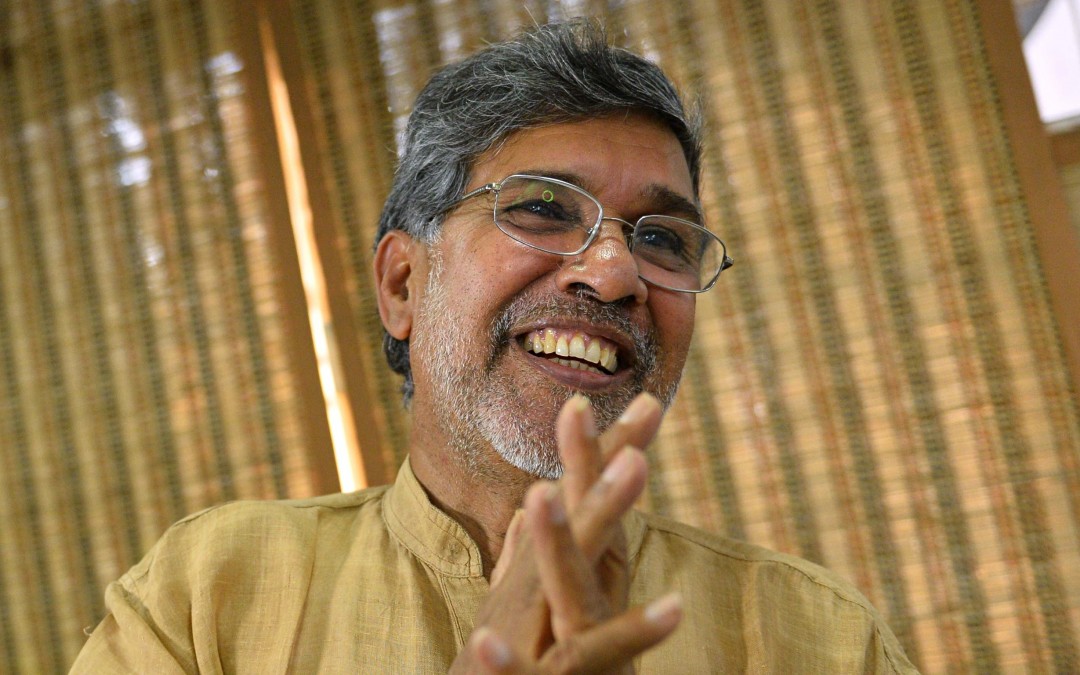 GoodWeave founder Kailash Satyarthi has been awarded the Nobel Peace Prize in honor of his career dedicated to end the exploitation of children around the world.

GoodWeave, an international nonprofit organization geared toward abolishing child labor in the carpet industry, has liberated and educated thousands of children, bringing them from carpet looms to classrooms.

Satyarthi and GoodWeave work to guide consumers to its Child Labor Free Certified rugs and replicate their market-based approach of certification in other sectors.

Kailash said at the ceremony, “I refuse to accept that the shackles of slavery can ever be stronger than the quest for freedom.” He asked those in attendance to place their hands over their hearts and “listen to the child inside.”

Choices for consumers like GoodWeave’s specialized industry certification and Green America’s Green Business Certification are leading to the end of child labor. But when Satyarthi began his work, awareness in the marketplace just wasn’t there.

“At the time we launched the certification, nobody had heard the phrases, ‘corporate responsibility,’ or ‘corporate accountability,’” said Satyarthi. “But we have given voice to many initiatives in the world. And some of the basic ingredients of GoodWeave now are being used as great lessons by others. In the end, we can change the world in this way.”

Accepting a Nobel Peace Prize alongside Satyarthi was young Malala Yousafzai, who herself has overcome the kind of adversity and brutality that Kailash hopes to prevent in the fight for education and women’s rights. Efforts in weaving villages near Kabul, Mazar, and soon Herat intend to reach young women and children facing these harsh realities.

In some of the top consumer capitals of the world and key rug-producing areas throughout Asia – and expanding most recently to Afghanistan – GoodWeave continues to reduce these “carpet kids” by two-thirds.

Today, GoodWeave fights to help the 250,000 children left on looms through their Stand with Sanju campaign.