You may have thought about greening your bedroom—from sleeping on an organic mattress and sheets to using less-toxic cleaning products on your nightstand and dresser.

But have you thought about greening what goes on in your bedroom? Some of you may be wondering what a G-rated publication like the Green American is doing writing about sexual health products. But the fact is that the taboo on talking about this subject can even be dangerous to your health and to exploited workers.

You can go green in the bedroom and make your sexy-time sustainable—and you and your partner, workers, and the planet will be happier and healthier for it.

If you ask Good Clean Love founder and CEO Wendy Strgar about the discomfort some people may feel discussing the lubricants, washes, and other sexuality-related products she sells, she’ll waste no time in kindly setting you straight.

“Some people refer to us as an ‘adult’ business. We’re not an adult business,” she says. “We sell organic sexual health products. There’s a big difference.”

Strgar started Good Clean Love when she couldn’t find a nontoxic lubricant that didn’t give her an adverse reaction. “I came to this work because I was trying to find a product so I could continue to have intimacy with my husband,” she says. “My doctor told me to use a lubricant, but conventional products made me sick, gave me an allergic reaction. It wasn’t helping my libido or my health.”

So she started researching what went into “crappy, corporate sexual health products”, and she discovered a host of troubling ingredients. Many personal lubricants, for example, contain propylene glycol, a chemical found in anti-freeze that is a suspected neuro-, skin, and respiratory toxicant. They also often include parabens, particularly methylparaben and propylparaben, both of which are suspected hormone disruptors. And they may contain polyethylene glycol, a suspected skin and kidney toxicant. “We don’t want these things on the most sensitive tissues on our body,” Strgar asserts.

So Strgar started making her own lubricant, which blossomed into her company. Today, Good Clean Love sells personal lubricants and washes made with natural, organic ingredients, as well as other products including organic massage oils, candies, and toys.

Causing Problems Even Outside the Bedroom

A handful of scientific studies have called into question the safety of conventional personal lubricants. One, published in Chemical & Engineering News in Dec. 2012, found that they can damage the cell linings of the vagina and rectum, which could possibly lead to a higher occurrence of sexually transmitted infections (STIs).

Another, which appeared in Proceedings of the National Academy of Sciences in March 2011, found that the petrochemicals included in many over-the-counter personal lubricants increased women’s risk of contracting bacterial vaginosis—an infection caused by a disruption of good bacteria in the vagina, causing an overgrowth of harmful bacteria—by 13 times.

Bacterial vaginosis can make a woman more likely to contract an STI and can cause birth defects in babies, according to the Centers for Disease Control. Strgar notes that organic products like Good Clean Love don’t include the problematic ingredients, such as petrochemicals, detailed in those studies. Still another study that appeared in the Nov. 2012 issue of Plos One looked at specific brands of lubricants, including Good Clean Love’s, for safety and for “anti-HIV-1 activity”, or how well they worked to help prevent HIV infections.

The study found that KY Jelly, Gynol II, and Replens were toxic to the healthy bacteria that prevent vaginal infections. It named Good Clean Love and PRÉ brands as being safest, having “minimal impact” on these bacteria. While many more studies are needed to link lubricant use to anti-HIV properties, those from Good Clean Love, PRÉ, and Slippery Stuff did demonstrate “modest anti-HIV-1 activity” in the study.

A Better Kind of Condom

Even before Jeffrey Hollender, founder of pioneering green home-products company Seventh Generation, left the company in 2009, he’d been thinking a lot about condoms. Namely, that a company selling sustainable condoms might provide a way to be in a business with “a very small negative footprint and a very, very large positive footprint.”

“Condoms touch on everything from fair trade to climate change to the reduction of toxic chemicals to women’s empowerment,” he says.

Take the fact that most conventional condoms are made of latex, both synthetic and natural. Synthetic latex, in turn, is made from two petroleum-based compounds, styrene and butadiene. Styrene is a suspected carcinogen and liver- and neurotoxicant. Butadiene is recognized by the state of California as a carcinogen and a developmental and reproductive toxicant. In addition, manufacturers may add volatile organic compounds (VOCs) to their synthetic latex, which can pose more health risks. Natural latex may not include all of the toxins, but it is derived from the rubber tree—and the rubber industry is rife with labor issues. So when Hollender teamed up with his daughter Meika Hollender to launch Sustain Condoms in 2014, they both knew that they had to start with a better kind of rubber.

Labor, Toxins, and Other Issues

Sustain condoms are made from 100 percent natural latex, which is derived from the sap of the rubber tree. The majority of the rubber sold in the US comes from Liberia. According to the US Department of Labor, child labor is a significant problem on Liberian rubber plantations, where children are often forced to tap trees and lug around buckets of liquid rubber.

So as the Hollenders were launching Sustain, they decided to import all of their natural latex from a fair trade plantation in India. The plantation is independently verified through the Fair Rubber Association, a multi-stakeholder organization created by a former head of the Fair Labor Organization. Fair trade ensures that workers labor under fair conditions and earn a living wage, and that the plantation does not use child or forced labor. Sustain pays a premium to cover free health care and education for the rubber workers and their families. The plantation is also certified as sustainably managed by the Forest Stewardship Councilm (FSC). And the condoms themselves are vegan and certified not tested on animals. They are also certified non-GMO.

In addition, the company has taken steps to reduce the toxins in its condoms. Unlike many conventional condoms, Sustain condoms are made without chemical spermicides. The process of heating up the latex to make conventional condoms often results in a chemical reaction that creates nitrosamines, carcinogenic chemicals that often contaminate standard condoms. Sustain minimizes nitrosamines in two ways: It accelerates the manufacturing process to prevent the chemical reaction that creates nitrosamines from taking place, and it puts the finished condoms through an “extensive cleaning process” to remove any remaining nitrosamines. 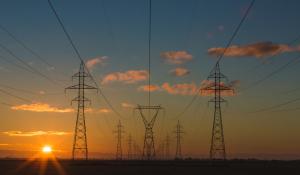