Exxon Feels the Heat and Responds to the Divestment Movement

The global fossil fuel divestment movement has been gaining a lot of steam over the past year, enough to elicit a response from one of the largest oil companies in the world – ExxonMobil. In a blog posted to their website, the oil giant attempted to explain why the continued use of oil, gas, and coal to power our economies is the only viable way forward, while dismissing both the potential of renewable sources of energy and the costs imposed by a changing climate. The reality is that fossil fuels still provide the lion’s share of the global energy supply, but the assertion that it has to be this way couldn’t be farther from the truth. 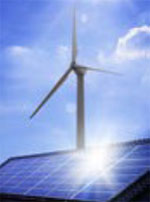 In the blog post, Exxon outlines their case for fossil fuels, stating “divestment represents a diversion from the real search for technological solutions to managing climate risks.” Exxon’s idea of a technological solution to managing a climate risk, of course, is the natural gas boom currently underway in the United States. In addition to creating plenty of jobs along the supply chain and accounting for a sizeable chunk of the nation’s GDP, natural gas is supposedly responsible for the return to 1990’s emissions levels that the US has experienced over the past few years. Even ignoring the obvious environmental risks to soil, air, and groundwater associated with natural gas production, fugitive methane emissions from drilling sites are often understated and likely have a greater impact on climate change than fossil fuel advocates would like to believe. And, now that the US economy has started to gain ground, tracked greenhouse gas emissions are rising rapidly. Exxon’s other main argument is that “A moral imperative exists – for policymakers as well as large energy companies – and it is to seek economic ways to expand the use of modern energy sources to the billions of people around the world currently living without them.” Certainly, access to electricity for cooking, heating, and pumping clean water is one of the key factors in reducing widespread poverty. The post cites an IEA study that projects renewable energy sources like solar, wind, and geothermal will account for only 15% of energy production by 2035, leaving the fossil fuel industry to pick up the slack for the other 85%. What the post fails to mention, however, is that the study did not consider policy changes in support of renewables over this time period. Other studies indicate that renewables in developing nations are poised to grow much faster than in countries with established fossil fuel energy infrastructure. With the correct policies in place, it will be cheaper and faster for developing countries to implement renewable technologies that provide the electricity they need while minimizing environmental damage. The main problem with Exxon’s argument is that while they claim to be helping and protecting the least advantaged in impoverished nations, the very nature of their business is causing harm. The developing world is often environmentally ravaged by fossil fuel production, which generates massive economic and political corruption. Developing countries will also have to increasingly devote resources to damages from climate-change related issues, like coastal flooding or droughts. In the absence of severe climate-related damages, developing countries could focus on education, healthcare, or building new infrastructure. In a future where the climate implications of continued fossil fuel use are ignored, these countries will bear the highest costs. It’s easy to understand why Exxon is pushing back against the growing divestment movement. To date, over 181 institutions and local governments, and 656 individuals have pledged to divest over $50 billion from fossil fuels. This number is not nearly enough to halt production of fossil fuels in the years to come. That is not the intention of the divestment movement. Divestment is not about suddenly severing the world from the availability of fossil fuels; it’s about putting pressure on oil and gas companies to adopt better practices, treat developing nations and their natural environments with more respect, and devising and executing a plan to move the world and the way it consumes energy forward while confronting the reality that Exxon and its competitors’ products put the global climate at serious risk. Clearly, the fossil fuel divestment movement has caught Exxon’s attention. We need to build pressure – both from individuals and institutions. To learn more about fossil Fuel divestment and how you can invest your money towards a greener world, visit http://www.greenamerica.org/fossilfree/.