Renewable Energy Certificates: What They Are and What They Can and Can’t Do

When it comes to clean, renewable energy, the language can get confusing. In the tradition of Salt-N-Pepa, here I will attempt to break things down. Without further ado, let’s talk about RECs, baby!

Investing in renewables makes sense. From an economic standpoint, Bloomberg is now forecasting that wind energy will become the cheapest new energy globally by 2026, before passing that title to solar production in 2030. This is great news, considering that poor air quality associated with traditional energy sources like coal will lead to an estimated increase of 57,000 premature deaths annually by 2100, according to a new report from the Obama administration. Not to mention all the greenhouse gases released into the atmosphere as a result of burning fossil fuels. 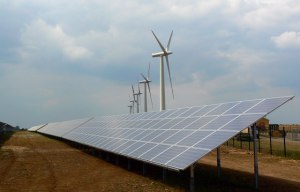 Businesses, then, have any number of incentives to fuel their operations with renewable energy, with companies like Tesla leading the way to net-zero energy consumption.

Not everyone, however, has the resources to complete a solar installation comparable to Tesla’s “Gigafactory.” Renewable Energy Certificates (RECs) can offer these organizations a way to commit to a renewable energy future.

What’s a REC and what can it do?

A Renewable Energy Certificate (REC) is a tradable tool used by organizations to represent the environmental, non-power qualities of a unit of energy. Think of it as a permit to claim the “green-ness” of a given energy source, with each REC certifying the generation of one megawatt-hour (MWh) of renewable energy.

This “greenness” claim can then be useful for a company, either to meet its own sustainability goals, or to meet the terms of federal Renewable Electricity Standards (RES).

Not All RECs are Created Equal

With a REC essentially representing the green aspect of renewable power, it can either be sold in a “bundle” with the power itself, or “unbundled” and sold independently. This, for many, is a hard distinction to understand, so I’ll break it down.

With “bundled” electricity, energy is sold to the customer along with the claim, the REC, that the energy was produced in a renewable fashion. In this setup, the power provider and buyer are located in the same power grid, so that produced green electricity can be delivered to the REC buyer.

Conversely, the REC and electricity generated can be sold separate from one another, with one business buying the use of that electricity and another buying the REC. To avoid “double-counting,” only the owner of the REC can claim the greenness of their energy.

Why does this matter?

Outside of reducing carbon emissions to curb climate change, one of the biggest advantages of renewable energy is its potential to grow local industries and improve regional air quality. This is key, because new investment in solar, wind, and other clean-energy technologies can both stimulate new jobs as well as decrease a region’s healthcare costs. Unbundled RECs, however, take away much of this opportunity. Here’s how:

As bundled green energy requires the power to be sourced within the same power grid, demand for the green alternatives increases. More businesses buying bundled green energy sends a message to local power providers that the community is invested in renewable energy. To meet this demand, local utilities increase the share of their energy sourced from renewables in order to supply more bundled RECs.

Conversely, unbundled RECs can often be purchased from states on the other side of the country. While this may still sound okay—”A REC is better than no REC, right?”—it fails to incentivize local power providers to provide green energy at a level comparable to bundled RECs. Think of it this way: if power providers can continue to generate high profits from coal or natural-gas sources, they may believe they have little economic incentive to spend additional funds to incorporate renewable technologies in their regions. High local demand for green, bundled RECs shifts this slope in favor of renewables.

Many companies may claim to be “carbon-neutral,” or committed to investing in renewables. However, this may mean that they are simply buying unbundled RECs to meet arbitrary standards.

As consumers, it’s important that we stay informed and know how to read a company’s marketing claims about its renewable-energy commitments. Take Amazon for instance. It claims that its GovCloud web hosting service is carbon neutral, all the while sourcing much of the power for its data centers from dirtier coal-based utilities and buying unbundled RECs to make up its green “cred.” In doing so, it deprives the region’s communities many of the jobs and environmental benefits that new renewable investments have the potential to bring.

It’s important for consumers to continue to call for renewable-energy creation to replace dirty energies like coal, natural gas, and nuclear. At the same time, we need companies to demand renewable energy as well so that utilities will transition to cleaner sources of power like wind and solar. Bundled RECs, in the short term, can help quantify demand for renewable energy. In the long term, as more and more companies shift to sourcing 100% renewable energy directly, the RECs will no longer be needed.