We deeply appreciate this opportunity to present Third Sun Solar for consideration of the Fall 2012 Green America People & Planet Award for Green Businesses.

Third Sun Solar has adopted the mission to accelerate the shift to clean energy.  The company has grown from a tiny start-up to a provider of megawatt-scale systems for corporations, universities, non-profits, small businesses, governments, and homes. Their PV solar installations are known for their craftsmanship, innovative use of materials, and tendency to exceed power generation forecasts.

This business is green down to its roots. Beginning in 1997, Geoff and Michelle Greenfield built a green, off-grid home in the countryside near Athens, Ohio. As a former Peace Corps volunteer in central Africa (where he designed and built clean water systems), Geoff had both a sustainable-resource focus and do-it-yourself aptitude.

The Greenfields designed their home to be powered by a PV solar array and a small wind turbine—all green technologies in the earliest stages of popular adoption.

Once they completed their home, the Greenfields were featured in local news stories, then approached by others interested in building sustainable homes. Geoff took on clean energy projects for friends and neighbors, then decided to evolve the hobby into a small, home-based business.

The Greenfields created Third Sun Solar while raising their two young boys. Nurturing the development of the business felt similar to raising children, and since both kids were boys, they realized their fledgling company was like a third son.  Another inspiration for the company’s name was Jeremy Rifkin’s book Entropy, which outlined the world’s three industrial ages, which all have the sun at their source.  The first was biomass, the second was fossil fuel and the third age, which is currently dawning, is the direct solar age.

Third Sun Solar has emerged as a clean energy leader in our region, has been featured as a fast growing company for 4 consecutive years on the INC. 5000 list, and has gained a leadership position among clean energy firms nationwide. Third Sun Solar is headquartered in Athens, where part of the company’s daily practice involves careful energy conservation, intensive recycling, and the purchase of carbon offsets for its fleet of service vehicles.

Third Sun coordinates financing for many larger clean energy projects through Power Purchase Agreements (solar PPAs) and other creative financing mechanisms. The firm recently launched its own “Micro-PPA” offering to customers exploring mid-sized PV systems. This combination of financial and technical offerings leads to cost efficiencies that improve the economics for clean energy. Third Sun’s goal is to help people and companies fulfill their solar power dreams without tying up their working capital or taking on debt.

If awarded the 2012 Green America People & Planet Award for Green Businesses, Third Sun Solar will make its workplace even greener by expanding the company kitchen’s composting system and conducting a lighting retrofit for energy efficiency. They will also use a portion of the prize money to engineer and donate a solar energy system to a Habitat for Humanity house currently under construction in their hometown of Athens, Ohio. 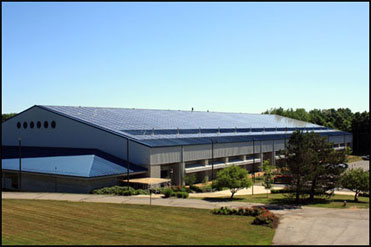 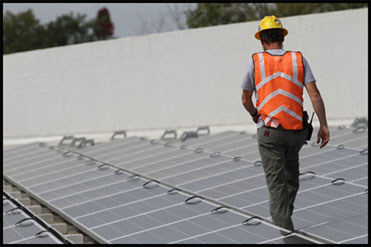