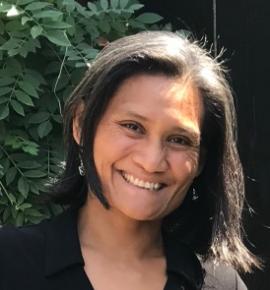 Monica started coding full-time in 2004. She works with U.S.-based and international groups to create digital products. She currently leads development of Green America's digital platform including a redesign carried out from 2016-2017 from a ColdFusion site to Drupal 8. The redeveloped website reached 1 million visitors a year, a milestone in the organization's 35-year history, in January 2019.

Author of the A Successful Woman’s Handbook series and frequent speaker and presenter, she is passionate about entrepreneurship and women’s leadership in technology, with a particular focus on individuals and groups who #makeapositivedifference.

She is a course instructor at the Nonprofit Technology Network (2017). She supported communications and design at Ashoka Changemakers (a global social enterprise organization) and also the GIST Network (a project of the United States Department of State). She co-founded 10K Webdesign (2004), a web development team, and founded and sold A Successful Woman (2006), a woman-supporting membership organization.

She blogs, writes, and speaks on green business, technology, and entrepreneurship. She received a B.S. from Cornell University.