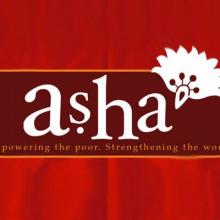 While doing volunteer work in Kolkata, India, in 2003, Dylan Fila often frequented the city train station with no ticket, no suitcase, and no intention of traveling. The station was a hub for more than travelers and commuters; it was also frequented by the homeless.

Armed with food and a first aid kit, Fila nursed wounds and offered sustenance. Each day he visited the station, he took a few people back to Mother Teresa’s Kalighat, the Home of the Pure Heart hospice for the sick.

“It was very impactful to be [made] aware that this kind of thing happens in the world and that there are people that are being neglected in this condition,” says Fila.

It was his first experience in what would become his adopted country. Until a speaker’s volunteer experiences inspired him while he was in college, the thought of traveling to India hadn’t even been on his radar.

“I never before considered going [to India],” Fila says. “I hadn’t ever eaten Indian food. I didn’t know anything about it; it was totally a foreign idea, but just hearing some stories ... inspired me to go and check it out.”

Little did he know, his initial volunteer trip would be the first of many. Just three years later, the country would become home, and within 12 years, he would lay the foundations of a wholesale company, fair-trade factory, and vocational school in India. Upon a six-month-long return in 2005, Fila toured a fair trade company in Kolkata, becoming enamored with the company’s work at the intersection of social justice and entrepreneurship. When he headed back to the states in 2006, Fila and his wife Molly founded Asha Imports, a wholesale fair trade company whose name is derived from the Hindi word for “hope,” as a means to bring Indian fair trade goods to America.

Asha Imports sells handmade goods created by women who were trapped in the sex trade, many of whom turned to sex work to provide for their families. The fair trade system provides these women with another option—one that offers a living wage and a safe and healthy working environment.

“Fair trade is just an open and honest business,” Fila says. “It’s a tool that can be used to bring [people] out of poverty, to improve living conditions, and [provide] good wages.”

In contrast, many Western companies with a presence in India pay poverty-level wages and exploit workers.

Two years after starting Asha Imports, the Filas made a big move to Bangalore, India. They worked in an orphaned children’s home and acquainted themselves with the local culture and the needs of the community. Similar to what he saw in Kolkata, Fila noticed a need for economic opportunity for Bangalore’s women.

So Dylan and Molly opened their own fair trade factory called Daughters of Hope in 2011. The company started small, with a staff of 14 women handcrafting colorful blankets made of reclaimed saris. The women earned a steady income in a comfortable setting—something that was hard to come by before there were local fair trade factories.

The Filas stitched their businesses together, making Asha Imports one of the first distributors of Daughters of Hope goods.

While Daughters of Hope offers employment and empowerment to many women, it could not hire women under 18, the legal age for workers in India. But younger women, around age 16, are especially vulnerable to trafficking because they have outgrown children’s homes and cannot legally work.

So the Filas opened a vocational school in 2015 as a “prevention unit” to protect younger women from abuse. The school offers three tracks: cosmetology, computer skills, and tailoring. At the end of the one-year program, the school places some women in local jobs, and others move on to Daughters of Hope.

“Hope has been a theme of our businesses,” Fila says. “It’s an opportunity that will bring hope and bring a change of circumstance and a breaking of the cycle of poverty.”