CEO and co-owner Aaron Anker has worked at GrandyOats since 2000 and views it as a chance to do good in the world with his career and business ventures. He worked in a variety of positions before this, including hotels, restaurants, and a vegan café. Yet, after 20 years, he considers GrandyOats to be like his child.

“I call myself the Chief Granola Officer,” Anker comments when describing his work.

GrandyOats has been around since 1979, selling 100% organic granolas, trail mixes, nuts, hot cereal, and more. Anker notes that “the business was founded in Maine, it’s always been in Maine, and it’s really important for us to keep it in Maine.” A company of roughly 35 workers, 20 of them work in a factory in a rural town an hour from Portland.

In 2015, GrandyOats bought the building where they now work. Before this, the abandoned single-story school was slowly becoming a blight on the local community. Then, GrandyOats came along to renovate it, clean it, and update it to create a safe and proper workspace.

A part of this process involved covering the roof of the facility with solar panels. It took some effort to finance, but now GrandyOats has had their solar panels for over five years with help from banks and the solar company.

Anker has a positive and constructive view of the different obstacles that can arise when owning a business. For example, at the beginning of the COVID-19 pandemic, Anker found that his love for networking and making friends in the industry helped him.

“Through the pandemic, it was really awesome to be able to call some of those friends and say, ‘What are you doing here?’, because there was no right or wrong answer... There was no playbook. And there was just so much energy out there from other entrepreneurs.”

He similarly loves the people and work he does at GrandyOats, finding that it is never dull. Instead, it is mission-driven, and there is always a new project. In the early 2000s, they went 100% organic. After that, the goal was to make their facility solar. Now, they are in the process of moving towards Fair Trade™, as seen with their fair trade certified cashews, coconuts, coffee, and chocolate.

All in all, Anker finds it rewarding to work for an organic company. He hopes he can contribute to a better world and climate, and work for a business that is authentic and eco-friendly.

“I like how quickly more and more consumers are gravitating towards organic and clean energy, and to be a part of that, to be a leader in that is such a great feeling.” 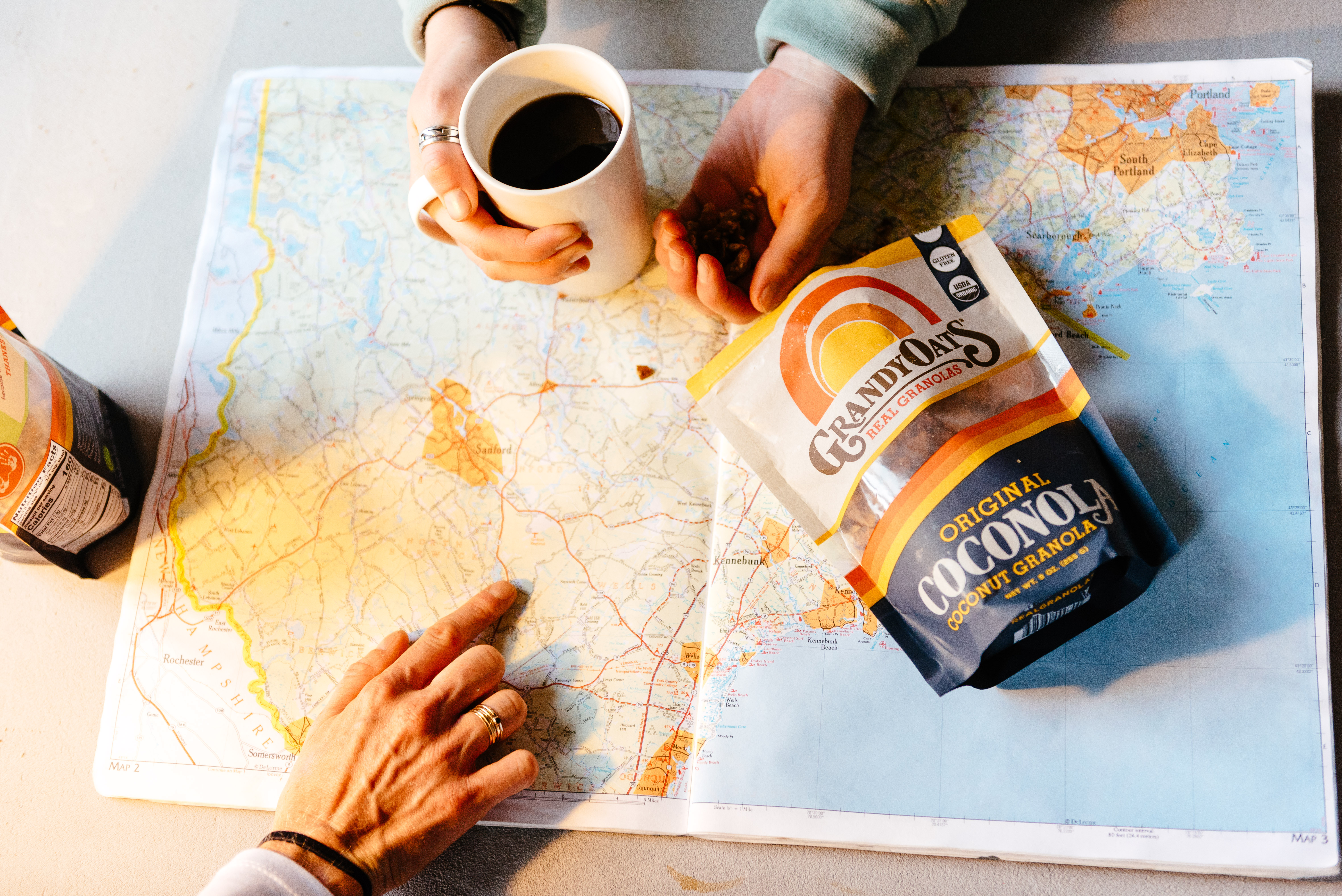