5 Surprising Ways Your Internet Habits Are Impacting the Environment 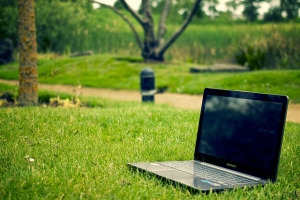 Email may have done a great job improving productivity and reducing the amount of paper we waste, but those little messages can pack a carbon punch. An average email accounts for 4 grams CO2e (carbon dioxide equivalent)—the result of the many servers, computers, and routers that enable you to hit send. For comparison’s sake, a plastic shopping bag is responsible for about 10 gCO2e. Considering an average worker sends between 121 and 140 emails per day, your daily footprint from these emails can quickly add up to over 484 g CO2e—the equivalent of nearly five and a half hours of TV watching. Next time you want to send your coworker that “thanks!” email, consider walking there and saying it in person. Unsubscribing from all of those listservs you never read anyway is another great way to declutter your inbox and cut the carbon. 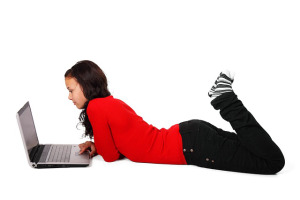 Everyone loves watching movies online. It’s cheap, it’s easy, and you don’t have to put on real clothes to leave the house. Even though you may not put much energy into your movie selections, there’s a great deal of it required to power that 13-hour Orange Is The New Black binge. Streaming just one hour of video per week for a year requires more energy than two new refrigerators, according to a 2013 report by the Digital Power Group. Considering that Netflix at times accounts for nearly half of Internet traffic in North America, all that streaming can equate to the energy usage—and resulting climate emissions—of hundreds of thousands of “extra refrigerators” worldwide. Oddly enough, the 2013 report was funded by members of the coal industry and argued for the need for more dirty coal to power the cloud. Because Netflix is hosted on Amazon Web Services (AWS), much of the energy used to power the site comes from dirty sources of power like coal. Until AWS starts obtaining more of its energy from renewables, streaming from Netflix has the potential to impact more than just your social life. Even for those who like their movies a tad on the dirty side, the power that goes into streaming those films should come from clean sources. Visit buildacleanercloud.com to find out how to make this happen. 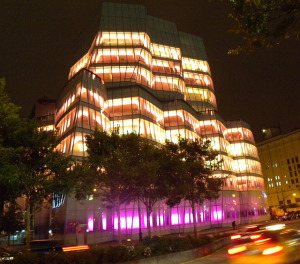 While we’re on the topic of Netflix, your viewing habits may lead to other energy usage that you’ve never thought of. Leaving the lights on while you watch movies at night may be leading to higher energy bills for you, and more CO2 for our atmosphere. Nielsen reported that the average American watches television (on a TV) for 34 hours a week. For those who prefer to watch online, Business Wire estimates that the average Netflix user alone spends about 8 hours per week watching that service alone. Either way, that’s a lot of time for the lights to be left on. Flicking that light switch not only helps you to reduce your energy usage, it’s also a better viewing experience—images appear brighter and sharper when viewed in a darker room. Next time you’re watching House Hunters to see if they go with house number one, two, or three, try turning out the lights in yours. 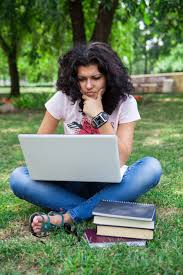 Those four hours you spent online shopping at work, while not so great for your productivity, may have been pretty good for the environment. Scientists from MIT looked at a number of shopping scenarios—whether you bought online or in store, how many visits to the store you made, whether or not you returned the product, etc.—and found that online shopping is often a more environmentally friendly way to buy. For those who completed every step of buying an item online, their carbon footprint was almost two times smaller than traditional shoppers, who often make several trips to a store before buying. Green America has also compiled a list of some environmentally and socially responsible alternatives to purchasing from Internet shopping giants like Amazon, so you can feel even better about that pair of shoes you need to order online. 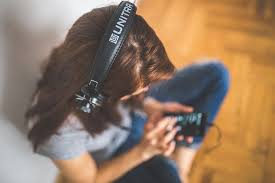 Just as those Netflix movies have to be streamed from somewhere, so too does your music. Spotify, one of the most widely used streaming services, is hosted by AWS, which uses non-renewable sources like coal to power a majority of its operations. Streaming the music online does cut down on the physical waste associated with CD production, but it’s often hard to conceptualize the energy mix behind your playlists. Streaming music is also much easier than obtaining physical copies of music, leading to increased consumption levels. Fortunately for music lovers out there, there are some great services that give you all the freedom of streaming and less of the ecological footprint. Apple’s new streaming service, Apple Music, is run out of the company’s own data centers, which are entirely powered by renewable energy sources. Subscribers to the service have the ability to save songs for offline listening (a function also offered by Spotify), which further reduces the amount of streaming data required. Bonus: Tweet Flatulation Tweetfarts.com claims that each tweet produces the same amount of CO2 as a human wind. Click through to their website to have them explain that one...