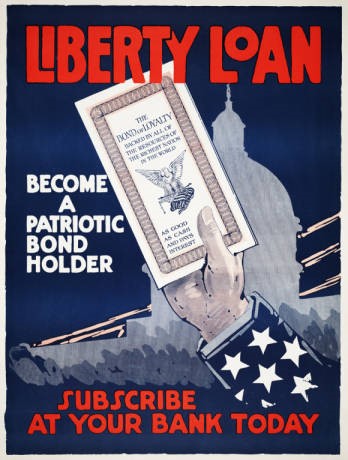 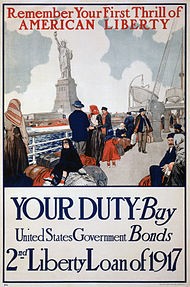 The following guest blog post is from Sandra McCardell, President, Current-C Energy Systems, Inc. Albuquerque NM. The Clean Energy Victory Bond campaign is a project of Green America. When I was born (in the 1950’s), my grandmother gave me the gift of a United States Savings Bond –what would have been called a “Victory Bond” or a “Liberty Bond” if I had been born 10 years earlier, when WWII was still being fought. It was an investment, I always felt, in the future she wanted me to have. Well, I don’t have any grandchildren (yet – a really subtle hint to my children!) but if I did, I too would want to invest in the future I want them to have. That future would be one where they enjoy rushing rivers, silent winter landscapes, the canals of Venice, mountain passes, coral reefs, whispering pines, a fresh tomato straight from the garden.  It would not be one where they struggle with asthma, where deserts and famine expand, where islands, peoples, and species disappear.  It would be a world where solar farms and dairy-based bio-digesters are seen from the air, not a pall of particulates.  It would be a world where energy is clean, and the US is a world leader in developing and deploying that energy. It would also be a world where all of us can invest in a clean energy future, can feel that we are doing our part to bring Victory, no matter where we live or whether or not local regulations permit wind turbines. We in New Mexico, the Land of Enchantment, salute our own Senator Udall for introducing an amendment to the Senate Energy Bill (S.2012) to advance Clean Energy Victory Bonds (CEVB).  It is a bi-partisan effort, with a vote of 50 – 47 the first time it was introduced last month (just short of the 60 votes required) – a result that is almost unheard of in Washington DC these days!  In the House, Representatives Matsui and Lofgren are working to advance a similar bill, and there too sponsorship is increasing. (Read more here.) It’s a future I believe in, and to which I am committed. For my unborn grandchildren – and for my children and for myself.  If they were available I would invest in those Clean Energy Victory Bonds NOW, because they:

Once they become available, CEVBs will also provide a good and easy way we can act in the present, to bring that good future closer for all of us. Or at least we will be able to act as soon as Congress allows them to be created! Join me. Invest in our shared future.  Contact your Congress-people and tell them this is a good idea, no matter which side of the fence they sit on.  Then, (as soon as you can) buy some CEVBs – for yourself, for your children, for your grandchildren – and for people you will never meet who also share this complicated and beautiful world.