The Poor Have It Easy? Really. 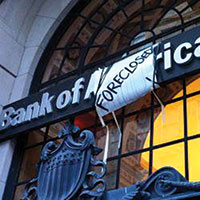 I just read an important editorial by New York Times columnist Charles M. Blow, in which he dissects a January survey from the Pew Research Center, showing how it explodes the myth of the so-called “welfare queens,” a term popularized by President Ronald Reagan to describe people, usually women, who gamed the welfare system to receive undeserved government benefits.

The survey found that this view hasn’t changed much since the Reagan era: 54 percent of the wealthiest Americans believe “poor people today have it easy because they can get government benefits without doing anything in return.”

In his op-ed, Blow doles out statistic after statistic showing that nothing could be further from the truth.

As Blow states, “‘Easy’ is a word not easily spoken among the poor. Things are hard—the times are hard, the work is hard, the way is hard. ‘Easy’ is for uninformed explanations issued by the willfully callous and the haughtily blind.

He cites a Bureau of Labor Statistics paper stating that 11 million Americans work but don’t earn enough to lift themselves out of poverty. Compounding that, he notes, the poor end up paying more in income taxes than the rich and middle class, and they spend over 40 percent of their income on transportation. Even worse, the poor are “unbanked”—the key reason Green America campaigns for breaking up with mega-banks and moving to community development banks or credit unions.

Blow quotes the St. Louis Federal Reserve to illustrate just how serious it is to be underserved by banks and credit unions: “Unbanked consumers spend approximately 2.5 to 3 percent of a government benefits check and between 4 percent and 5 percent of a payroll check just to cash them. Additional dollars are spent to purchase money orders to pay routine monthly expenses. When you consider the cost for cashing a bi-weekly payroll check and buying about six money orders each month, a household with a net income of $20,000 may pay as much as $1,200 annually for alternative service fees—substantially more than the expense of a monthly checking account.”

It’s powerful stuff. Add to that the fact that the poor are more often victimized by predatory lending schemes and denied credit and loans for mortgages or education—as Green America illustrated in the “Break Up With Your Mega-Bank” issue of our Green American magazine—and you have a lot of struggling people trying to climb out of poverty with far too many unjust burdens holding them down.

This is why it’s so vital to break up with your mega-bank and support a community development bank or credit union, which make it a key part of their mission to provide banking services and fair and affordable loans to low- and middle-income borrowers,  in addition to the educational support they need to succeed.

Visit our website, breakupwithyourmegabank.org, to find out today how you can move your accounts and credit cards to responsible banks that lift up communities that have so much stacked against them.