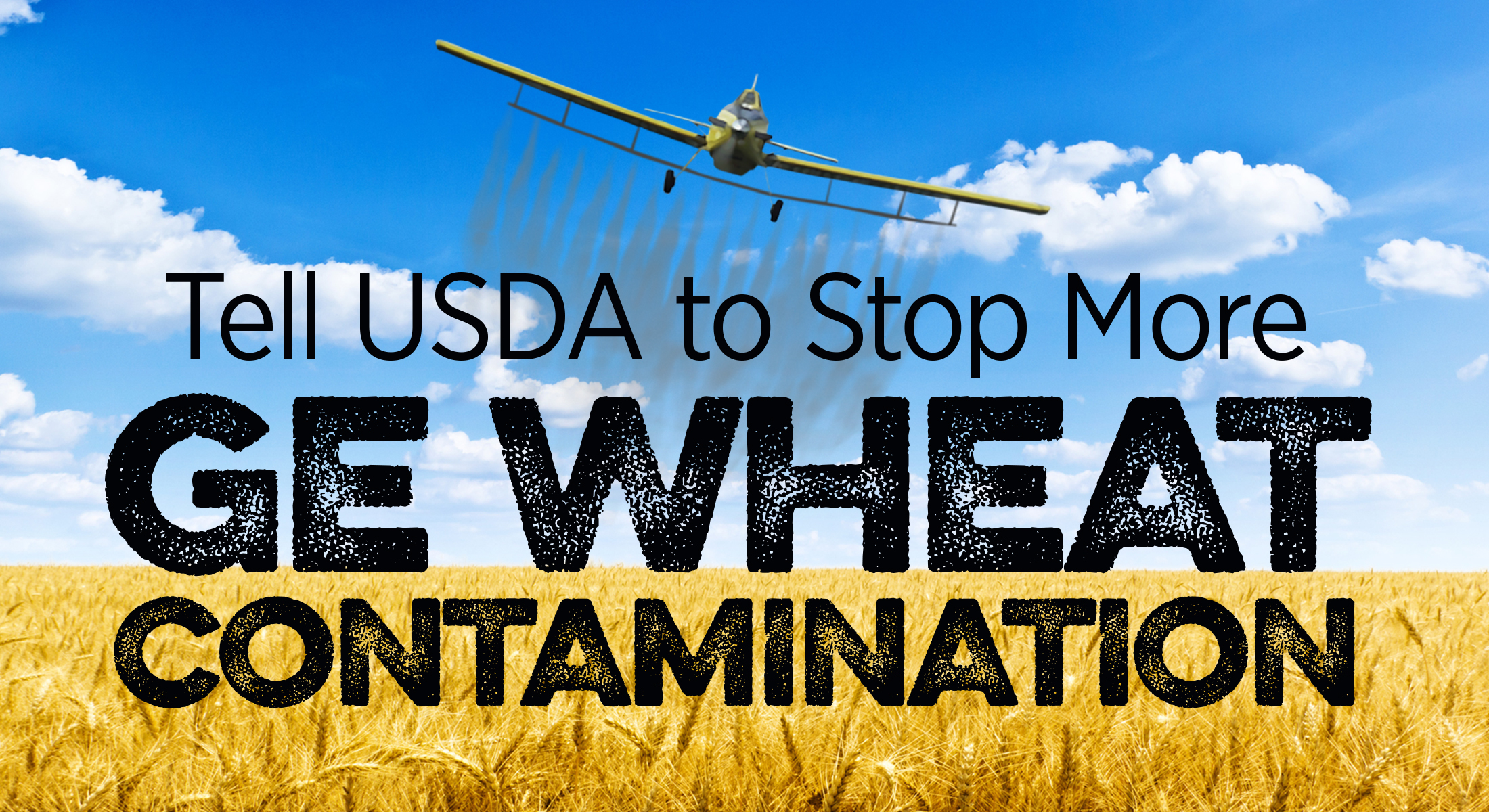 Wheat is one of the world’s most important staples and is grown on more land worldwide than any other crop. It is a major food and protein source for much of the world’s population.

Unlike other major crops like corn and soy, genetically engineered (GE) or modified wheat is not on our grocery shelves. But now, Monsanto wants to change that--unleashing GE wheat and selling even more glyphosate.

If we allow Monsanto to commercialize herbicide-resistant GE wheat, we will relinquish the last stronghold of our food system and hand it over to Big Ag and biotech corporations.

Tell the USDA to stop the introduction of GE wheat and protect our food for generations to come!

Unapproved GE wheat has already caused serious economic and environmental problems. In 2013 and 2014, experimental GE wheat varieties were found in the fields of Oregon and Montana. Fearing GE contamination, Japan and Europe reacted by rejecting all wheat imports from the US, gravely impacting farmers of the Great Plains region.

The USDA Animal and Plant Health Inspection Service (APHIS) is requesting public comments to proposed changes in the regulation of field trials for GE wheat. We need to tell the USDA that these trials should not happen at all, and if the USDA insists on moving forward with field tests, it must to do so in the most cautionary manner so that it protects the environment and surrounding communities, and prevents contamination of the world’s most precious crop.

Tell the USDA to weigh the full impact of testing GMO wheat and end field testing of this dangerous crop!

In order to build a more sustainable food system, we must reduce the use of GE crops and their associated pesticides and support farmers who use sustainable practices. It’s time for the USDA to start moving us in that direction and assessing the real, on-the-ground impacts of GE crop production systems.

Take action: add your voice to stop GE wheat and prevent further contamination of our food.