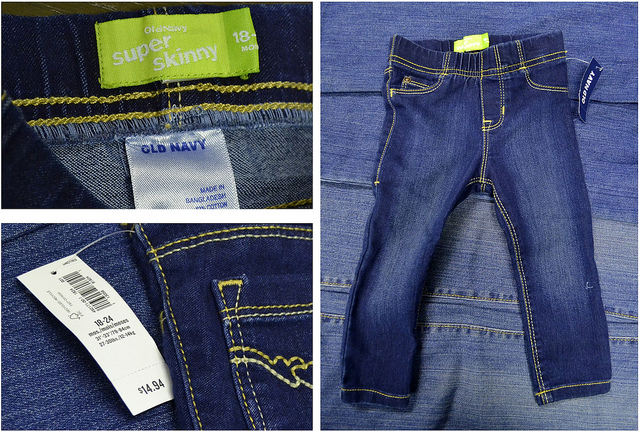 Gap and Old Navy claim their “corporate monitors” audit working conditions. So how'd they miss 3,750 workers in Bangladesh clocking in over 100 hours a week at poverty level wages?

Gap and Old Navy claim they’ve deployed “corporate monitors” to audit working conditions. So how did those monitors miss out on 3,750 workers performing sweatshop labor in Bangladesh routinely working over 100 hours a week at less than subsistence income?

The Institute of Global Labour Rights released a report that contradicts Gap and Old Navy’s claims to policing their supply chains. They investigated the Next Collections “Factory”---rightfully called a sweatshop.

Located on the outskirts of Dhaka, the factory is part of the Ha-Meem group, Bangladesh’s second largest garment exporter which owns 26 factories and employs over 30,000 workers. Approximately 70 of production at Next Collections is for Gap and Old Navy.

The report unveiled that:

All of this to produce clothes like Old Navy’s “Super Skinny Pull-on Jeggings For Baby,” skintight pants for toddler girls sold in the U.S. for $14.94 (pictured).

What can you do to stand up against sweatshop labor, save lives, and prevent another Rana Plaza tragedy?