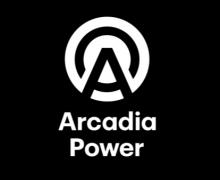 Connecting People In All 50 States to Green Energy

When Kiran Bhatraju was in third grade, he took a field trip to a coal mine in Eastern Kentucky. There, for the first time, he started to understand where energy came from and the dangers miners faced working underground. Growing up in the heart of coal country, Bhatraju viewed coal as more than just an industry; it was a way of life. It influenced politics and culture in the area, and it drove the economy. As he got older and continued to see the environmental harm and job hazards of the coal industry, he thought, “There’s got to be better ways to produce energy.”

After graduating college in 2009, Bhatraju worked on Capitol Hill for his congressman from Louisville, KY. There, he learned about the “complex, convoluted way” energy is generated and delivered in the US. The US has a 50-state fragmented energy market, so every state has a different system for distributing energy to consumers. He also observed industry trends: solar and wind energy were getting cheaper, and they reduced pollution and global-warming emissions associated with fossil fuels. Yet at the federal level, Bhatraju felt that nothing was changing to bring about a green-energy future. These observations spurred his first big idea: he’d create a software platform to make clean-energy choices convenient. Arcadia Power would make it easy for the average person to access green energy, so they could save money and help the environment.

“It just felt like giving users a way to connect to clean energy was going to be a more effective use of my time [than working in Washington]. ... Starting a company felt like a way that I could drive change and make a difference faster,” Bhatraju says.

While he had a strong idea, he had no background in entrepreneurship or software development. To bring his vision to life, he educated himself in accounting, financial models, and customer relations, and became an expert in energy markets and clean-energy purchasing. With a small team, he launched Arcadia Power in 2014.

Arcadia Power makes clean energy simple: customers across the US can use the company’s website to connect their utility accounts with Arcadia and enroll in its clean-energy programs, which Bhatraju says takes about a minute and is free. From there, Arcadia Power ensures your electricity usage supports solar and wind energy, or even community solar projects, for no added cost.

In addition, if Arcadia Power’s Price Alerts program is available in your area, you can have the company constantly search for the lowest green energy options, sending you price alerts when it finds a way for you to save money.

“The demand for clean energy is there. The customers may not fully understand the grid or how it operates, but they know that they would like to support pollution-free power,” Bhatraju says. “It’s our job to take out all the complexity and make it simple for the user.”

Arcadia Power already has over 150,000 customers in all 50 states. It’s the collective buying power of this large group that allows Arcadia Power to secure exclusively low prices from clean-energy suppliers, which pay the company a fee for connecting them with more customers.

The company has supported the generation of over 465 GWh of clean energy, preventing over 260,000 tons of CO2 emissions. This year, the company closed a $25 million round of investments, and it has committed to bring120 Megawatts of new solar projects to its members. Bhatraju says that amounts to more than 40 solar farms, or 600 acres, that will be exclusive to Arcadia Power members.

Bhatraju calls Arcadia Power a “platform for change.” After all, it’s working to make green energy usage more efficient, re-envisioning how customers use energy at home, and advocating for environmental action all at once.

“If we’re going to be successful as a movement, we have to make energy access a priority. That means every one of the 130 million people that pay a power bill each month needs to have easy access to clean energy,” he says. “It’s good business for us, and it’s the right thing to do to expand clean-energy options to anyone—rich or poor, homeowner or renter.”