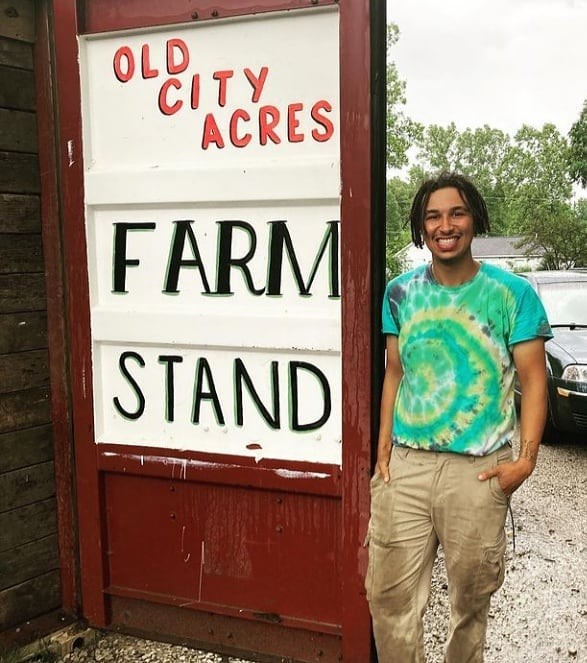 Old City Acres was established in 2013 by Alexander Ball in Sumpter, Michigan, about 30 miles southwest of Detroit.  At 19 years old, Alex was driven to start farming when the last grocery store in his hometown of Romulus closed. He admits that he was a bit naïve at the start, thinking that he would start a farm and feed people.  Naïve perhaps in terms of farming skills, but not in purpose and need.  Starting in his own backyard with a shovel, a neighbor helped Alex till the land (something he no longer does since he now farms regeneratively).

An entrepreneurial spirit, nurtured on the grounds of Greenfield Village with its array of sights and sounds of agricultural evolution, Alex conceived of the farm as a business from the start, quantifying each part of production.  For the first four to five years, he rented land, but lost the lease back-to-back almost every year for various reasons, including, for example, a pipeline.  Systematically keeping track of production and sales allowed him to show proof of success when he had saved enough to buy his own land.

Once he owned his own land, Alex felt he really had a stake in the game.  He thinks of his land as his “forever farm”, developing it not only for as it is now, but how it could be in the future.  For example, Michigan saw heavy rains and massive flooding the first year he owned his own land.  He went in with the mindset that “this is the norm now” and planned for it.  Alex built a 400 ft levee and dredged ditches along the whole property.  He also opened a pond up, digging down about 5 more feet and re-routing the water through the ditch system.  Since then, the pond attracts frogs, birds, bluegills, and other native creatures. 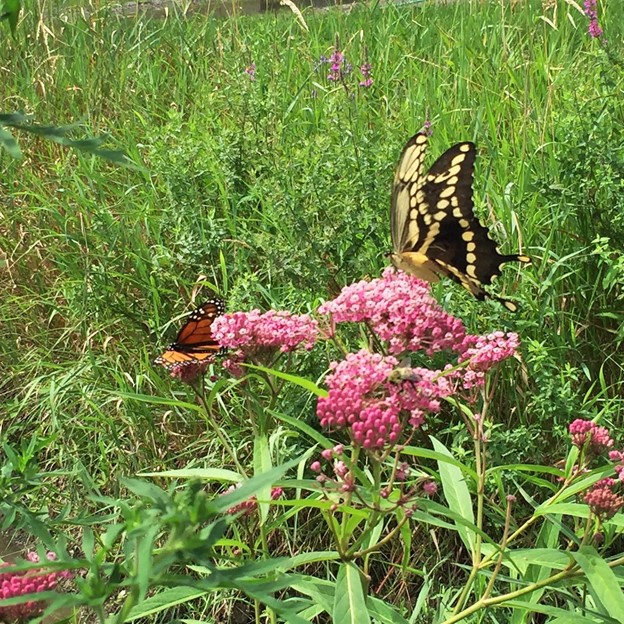 The soil is on a long-term improvement plan as well.  At Old City Acres, “beyond organic” practices are used, including no-till and using organic compost to help keep carbon in the soil.  Native plants have re-flowered the prairie, and eagles, hawks, and blue heron have appeared.  These native plants and creatures are a natural defense against harmful pests. 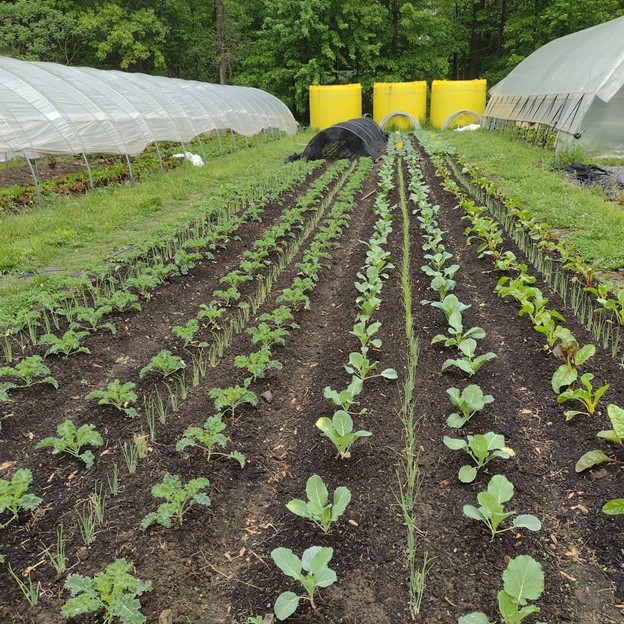 After starting off with a traditional CSA (Community Supported Agriculture), Old City Acres took an innovative approach to them. Unlike other CSAs, Old City Acres operates a year-round CSA that supporters are able to customize each week.  They operate 6 unheated greenhouses to make this possible, growing veggies like spinach and winter kale in the winter months. As of late, they have also been expanding to include other local products as add-ins to the weekly CSA, such as eggs and spices.

Furthermore, Old City Acres utilizes a debit card model, whereby people invest in the CSA which people can then use to pay for the items they want in each CSA order.  Any credit leftover rolls into the next year.  By allowing customers to customize their orders, Old City Acres has learned their preferences and adopted its growing habits to match them. For example, not many people order cabbage, so they only grow a few.  What’s more, when COVID hit, Old City Acres was the only CSA around that already had contactless pickup.

The typical CSA customer base is white women aged 25-55.  Alex wants to serve a wider community and has been marketing to younger folks and men.  Old City Acres was recently approved as an Electronic Benefits Transfer (EBT) retailer as well.

How you can support local agriculture

Finally, Alex discussed the struggle young farmers, and particularly BIPOC farmers, have obtaining land access.  There is a lack of funds and many barriers to entry, including a struggle to get loans.  Alex suggests that others can help by empowering and purchasing from small farms, supporting a local producer by investing in the farm by sponsoring land if able, and/or by purchasing CSA shares.

If you'd like to support Old City Acres' work, you can make a contribution here.

By
Green America
Photo credit
All photos provided by Alexander Ball
Let us inspire you!
Take action against corporate greed, learn new ways to reduce your impact on the planet, and discover green products you never knew existed.