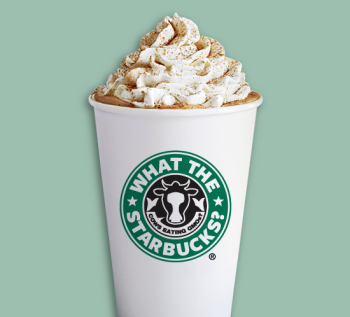 After pressure from Green America and allies to address the environmental impacts of its dairy, Starbucks has taken two important steps forward.

Starbucks has announced its Journey to Sustainable Dairy. The company is working with The Nature Conservancy to find ways to reduce the climate and water impacts of its dairy, while benefiting farmers. This is a new program, so it will take some time before its impacts can be evaluated.

Starbucks previously announced that they will be offering more plant-based milks, including almond, coconut, soy, and oat milks, as alternatives to conventional dairy products.

An environmental audit found that dairy was the main source of emissions in the company's supply chain, which prompted this change and the company's goal to reduce carbon emissions by half by 2030.

As one of the world's largest dairy purchasers on earth, the steps towards more sustainable cow's milk dairy and plant-based alternatives are a win for the climate, with plant-based milks having lower emissions than dairy products, as well as a boon for animal welfare. It remains to be seen how well Starbucks dairy commitment will support struggling small US dairy farms.

Starbucks made these announcements after years of Green America highlighting the company's industrial milk habit and its negative impacts on the planet, and campaigning for their switch to organic milk. Over 150,000 consumers took action with us in our "What the Starbucks" campaign asking the company to address it's enormous climate footprint from dairy milk.