10 Reasons Not to Shop Amazon

Amazon is full of deals, but those deals come at a big cost to people and the planet. So, before you click on that deal that sounds like a steal, check out Green America's 10 Reasons to not shop Amazon. 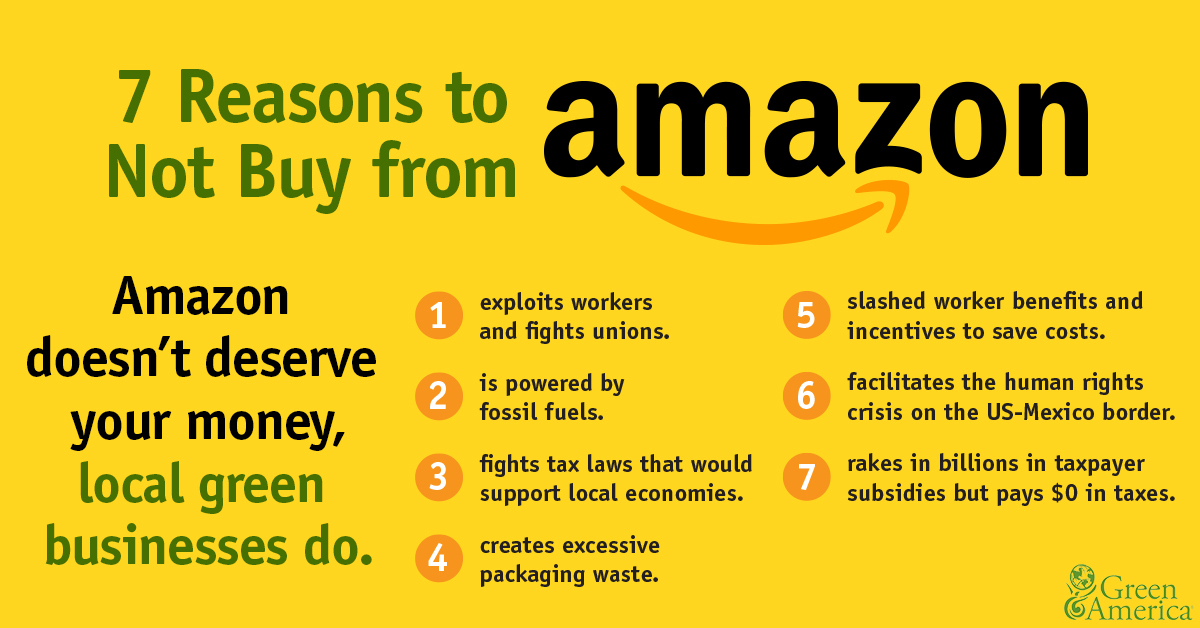 While Amazon makes it so easy to shop on its site, if you resist the urge to engage in one-click shopping, and instead shop directly with a local green business, you’ll have the satisfaction of knowing you are supporting your local economy and get to meet business owners and employees who share your values.

Or try shopping online directly from green businesses through our Green Pages – with hundreds of businesses and thousands of products to choose from.

You can also check out our Greener Options than Amazon. Either way, you’ll wind up being more intentional about your spending, and more likely only purchase what you need, and you’ll be directly supporting the green economy.