Local and organic foods have some climate benefits, but choose local, organic, AND regenerative for the greatest impact!

Our food choices are important. They affect our personal health, the wellbeing of farmers and rural communities, and the state of the environment. Increasingly, we’re coming to understand the major impacts food and agriculture have on the most pressing and comprehensive issue of our time—climate change.

As conscious consumers, it can be difficult to navigate and understand the many labels and claims that come with our food. Organic. Regenerative. Local. You may have come across these words in the grocery store, at farmers’ markets, or in restaurants. And—while local and organic are great all-around choices—if you care about solutions to climate change, regenerative organic agriculture* and healthy soils deserve some extra attention. 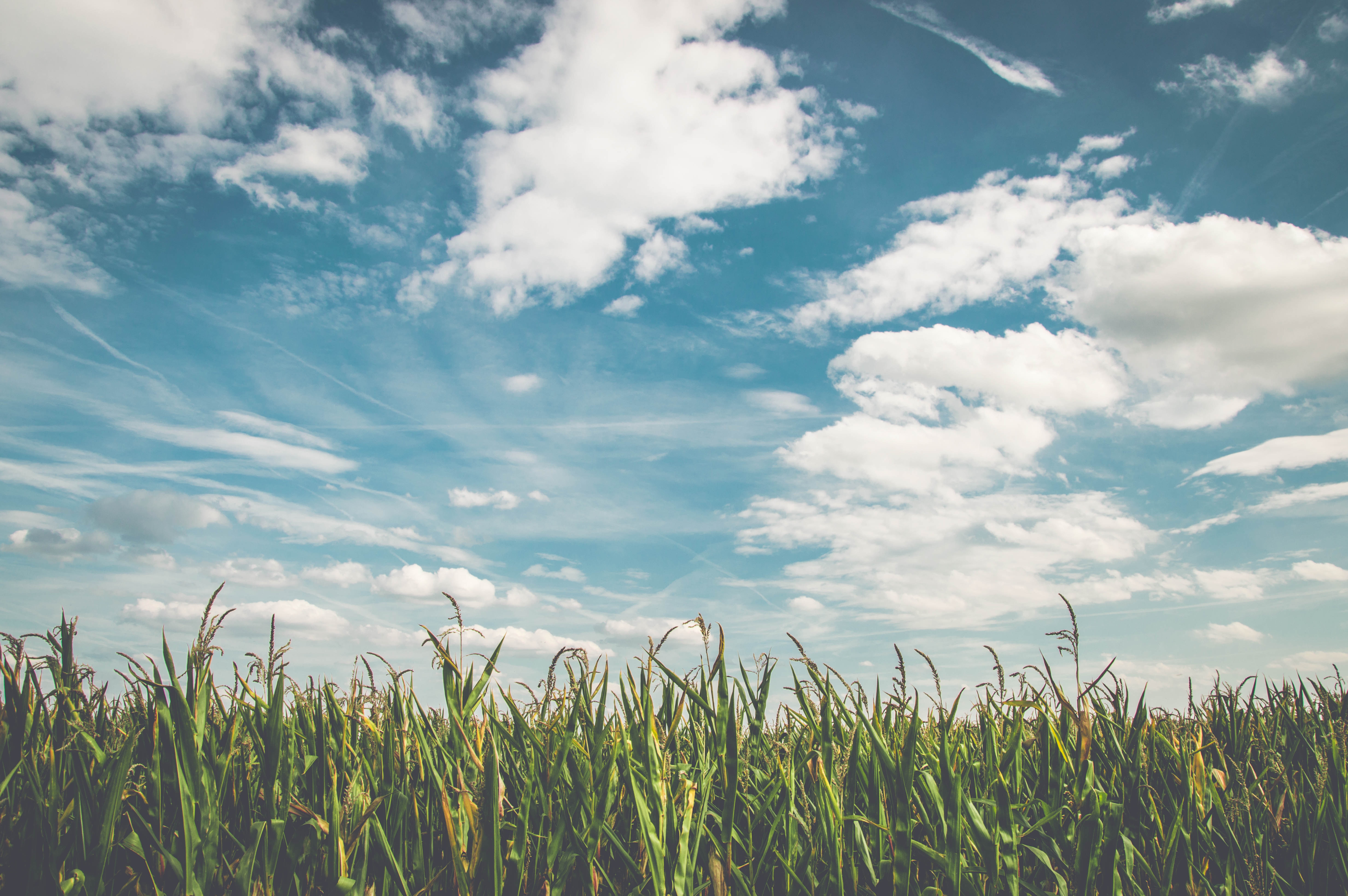 When talking about the food system, the climate changing greenhouse gases we’re most concerned about are carbon dioxide (CO2), methane (CH4), and nitrous oxide (N2O). Human activities have increased the concentrations of these gases in our atmosphere, where they trap the sun’s heat and change the climate. Agriculture is a major contributor to climate change, but this could be lessened and even reversed with the adoption of organic, regenerative, and local practices.

Organic Agriculture: Great, But We Can Do Better

Organic is an easy place to start, because it has a legal definition with strict requirements. It prohibits the use of synthetic, nitrogen-based fertilizers that require a great deal of energy to produce (with associated carbon dioxidereleased) and turn into nitrous oxide if not managed correctly.

Organic agriculture diverts methane-producing waste from landfills, converting the waste to rich organic matter through composting. Organic methods may also reduce carbon dioxide emissions that come from transporting chemical inputs to farms, because these methods naturally enrich the soil with on-farm resources and eliminate the need for chemical inputs. The many benefits of organic agriculture have long been recognized, but of particular importance in this era of climate change is the fact that these richer soils are also better at sequestering carbon from the atmosphere.

New research shows that organic soils have the potential to store 26 percent more carbon than soils on conventional farms, resulting in less harmful carbon dioxide in the atmosphere. Additional research from the United Nation’s Food and Agriculture Organization found that 40-65 percent of agricultural greenhouse gases could be offset if the world’s farmers switched to organic agriculture. 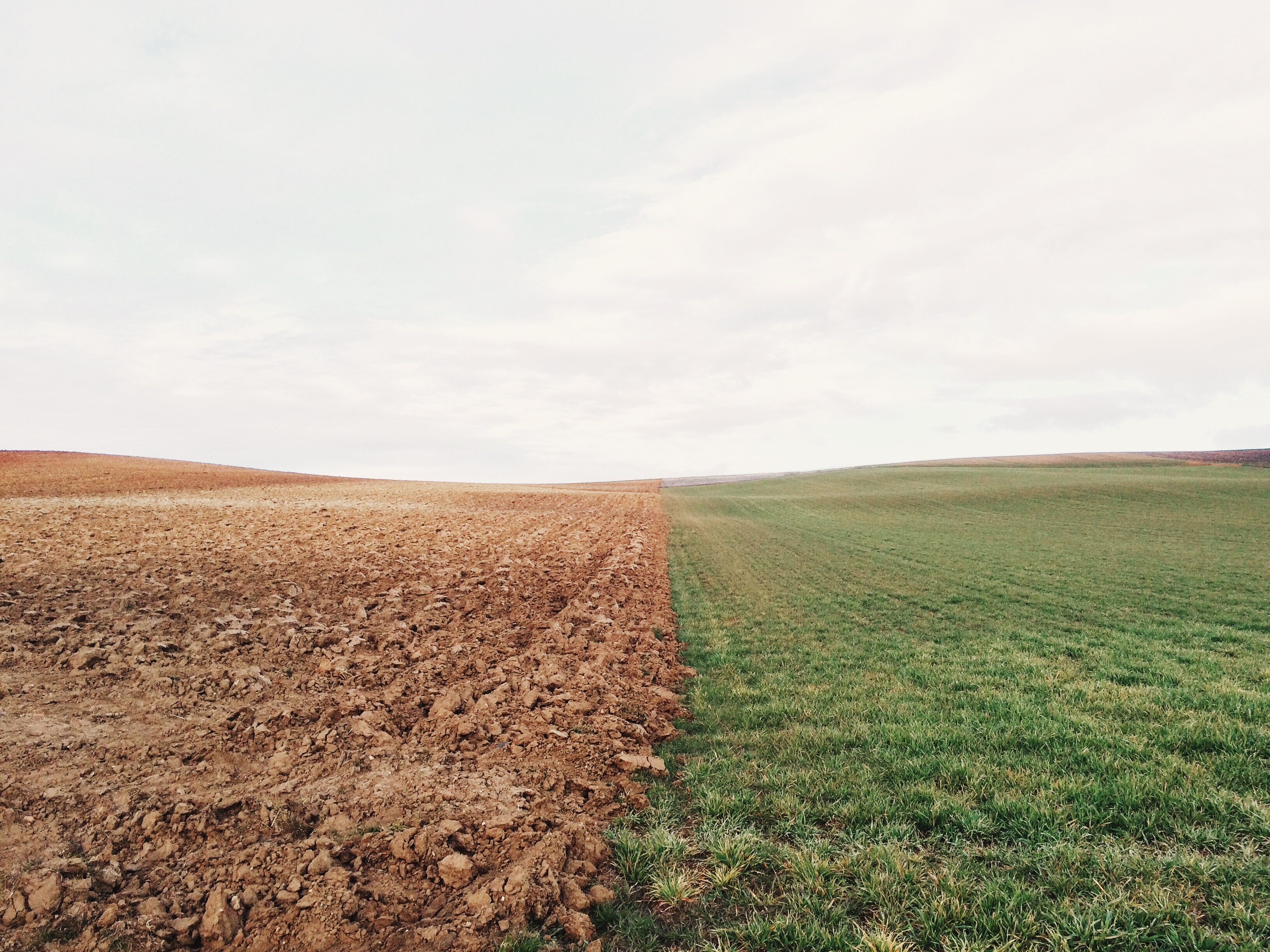 So, organic clearly has an important role in the fight against climate change, but why isn’t it the end-all, be-all?

It’s a great start, and any conventional agriculture that’s converted to organic agriculture is a step in the right direction. Organic methods help reduce emissions. But, they don’t explicitly focus on climate benefits—that is, the building and protecting of soils and their ability to sequester carbon and other greenhouse gases from the atmosphere—which is where the major potential for reversal of climate change lies. Slowing emissions is important, but we’ve reached a point where removing the greenhouse gases already in the atmosphere is a priority.

In September 2017, several organizations joined together to create certification criteria for regenerative organic agriculture. The criteria use USDA organic requirements as a baseline, meaning they include all the benefits in the organic section above with, an additional focus on animal welfare, treatment of farmworkers, and restoring and protecting soils that act as sinks for carbon dioxide.

Important soil building practices in regenerative organic agriculture include composting, cover cropping, conservation tilling, planting perennial crops, and intensively managed grazing. Research from the Rodale Institute suggests that a switch to these regenerative methods has the potential to sequester 100 percent of current carbon dioxide emissions with numerous other social, environmental, and climate benefits.

Much of the research focuses on carbon, but the benefits of regenerative organic agriculture extend to other greenhouse gases. Conservation tillage reduces the release of nitrous oxide and methane into the air. Livestock produce less methane when grazed with regenerative methods on high quality pastures. Similarly, less methane and nitrogen dioxide are released from the excessive manure build up that is seen in CAFOs or other confined animal situations, because it is evenly distributed over pastureland in regenerative land management practices.

Local, Regenerative Organic Agriculture: The Best of All Worlds 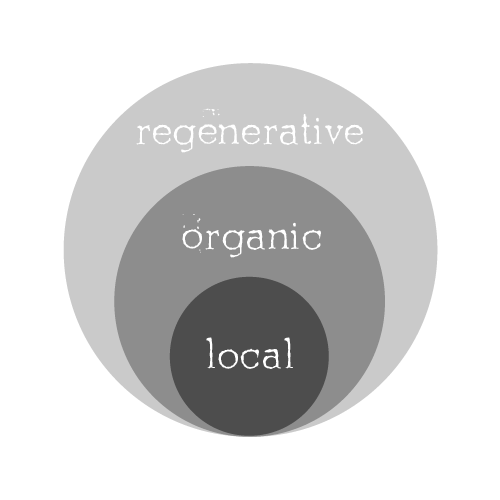 While it might seem like regenerative organic agriculture is the answer, we have to consider the fact that all these climate benefits are negated if responsibly-grown food is shipped around the world to consumers. Of course, there are many complex elements to consider from field to fork, but local foods generally have a lower carbon footprint and higher nutritional value. So, we’re here to advocate for local, regenerative organic agriculture.

The majority of climate benefits associated with local food come from less transportation and, therefore, less carbon dioxide emitted. So, buying locally grown food limits the shipping distance, but it also reduces the energy and associated emissions that come with refrigeration, storage, and packaging that come with long distances. Local foods are often less processed, which is energy intensive, and the emphasis on seasonal eating has a ripple effect of reducing demand for foods shipped from far away.

It’s imperative to consider climate benefits when making food choices. Let’s make the ultimate goal to buy food that’s grown locally and produced using regenerative organic methods. Not sure how to do that? We encourage you to talk to vendors at farmers’ markets. If you find producers with methods you love, spread the word through your networks on social media or word of mouth. Fill out comment cards at grocery stores and speak directly to managers at food retailers.

Let them know the climate matters to you.

*This is an exciting time in the worlds of sustainable agriculture and climate change mitigation, when these two fields have the opportunity to collaborate and reinforce one another. This partnership is in its early stages, and terminology is constantly evolving. Regenerative agriculture is a new term that is still being defined and debated. Green America is proud to be a part of this discussion and stands behind agriculture that builds healthy farmlands, supports farmers and farmworkers, protects local environments, benefits consumers, and contributes to the fight against climate change—regardless of the term used to describe it. The organization recognizes that implementation of these agriculture methods will always be site specific and depend on soil characters, crops grown, and local climates. Green America's long-term goal is agriculture production that is regenerative and meets the USDA organic standard, the best way to achieve this is through the Regenerative Organic Certification. Green America supports all farms reducing chemical inputs and enhancing soil preservation techniques to move closer to those twin goals.