Major Progress in the Fight to Hang Up on Fossil Fuels

In 2017, we launched Hang Up on Fossil Fuels, a campaign urging major telecommunications companies to rapidly increase their use of renewables to power networks. Back then, the industry was using almost no clean energy and few companies had any plans to increase.

Now, after years of consumer pressure, we’re seeing big moves in the industry – but we aren’t finished yet.

Here are the major new announcements in the past two weeks:

With this progress, we’ve updated our telecoms scorecard, showing commitments and actual progress.

Last year, Verizon announced a commitment to 50 percent renewable energy by 2025, but we haven’t seen any new contracts announced to meet that goal, placing Verizon in last place as it currently uses less than 2 percent clean energy. 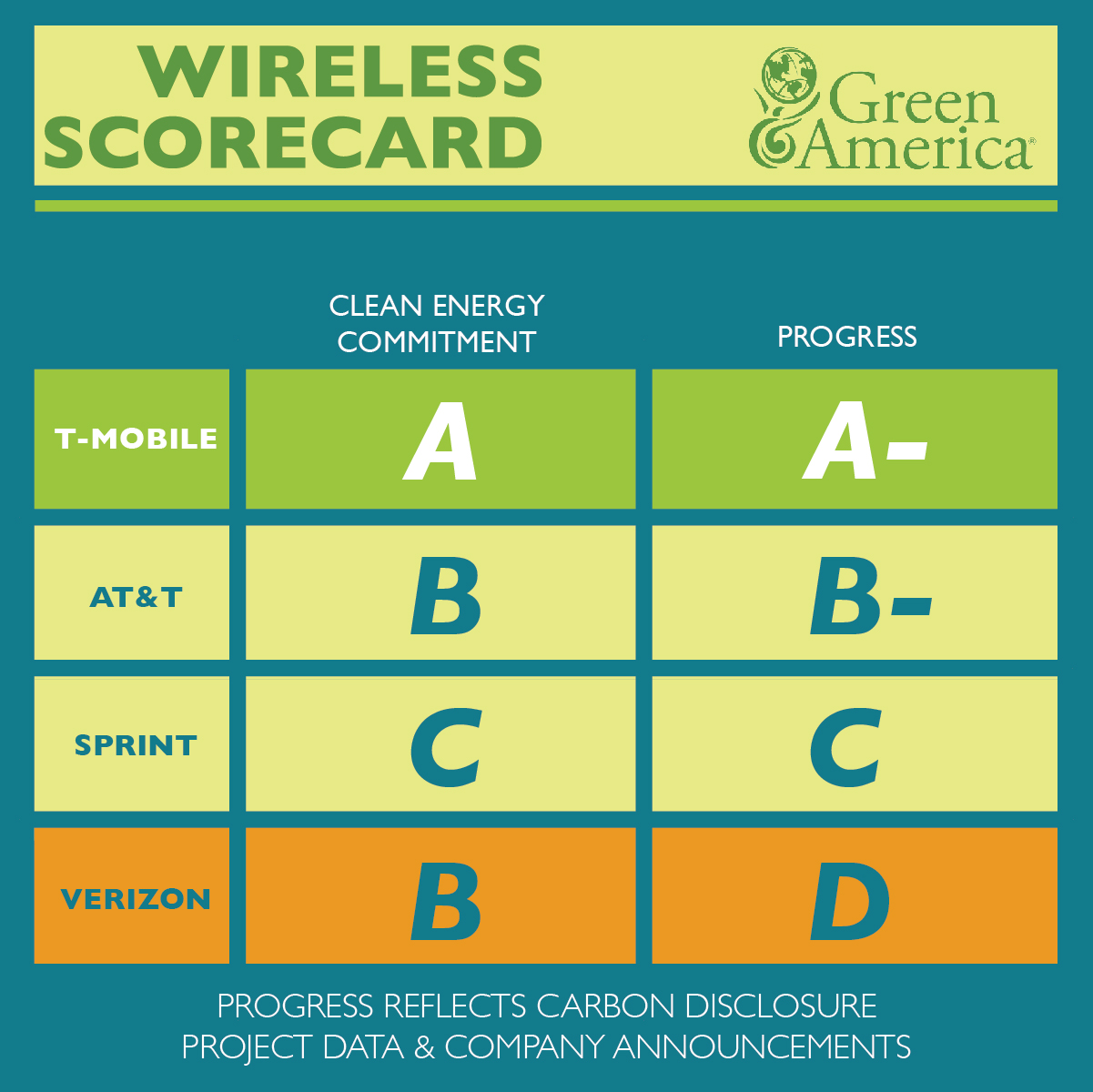 We estimate that previously, major telecoms used the equivalent of over seven coal plants of fossil fuels each year. These recent announcements would cut that nearly in half. The industry has advanced from almost zero clean energy when we launched our campaign to an average of 45 percent. But we know the effects of the climate crisis won’t be felt halfway, so solutions can’t stop halfway either.

We’re urging the entire industry to reach 100% clean energy before 2025.

You can help move the telecom industry to 100% clean energy by signing and sharing our petition to Verizon to urge the telecom giant to make progress on renewables.