peoples hands together as a heart

What if time really were money? At the Time Bank Store in Dane County, WI, it is. The store is the first of its kind in Wisconsin, and the unusual thing about it is that your US currency is completely useless inside.

The Time Bank Store is a project of the Dane County Time Bank—based in Madison, WI, and surrounding communities—which aims to connect community members so they can provide services for each other. It’s kind of like old-fashioned bartering, except through a highly organized exchange system that eliminates the quid pro quo aspect. In other words, you don’t always get a service from the person you serve.

Through the Dane County Time Bank—part of a network of Time Banks across the country tracked and supported by TimeBanks USA—every hour an individual or organization volunteers to help another member of the bank earns a “Time Dollar,” which she or he can then spend on receiving an hour of service from anyone else in the network. Volunteer services can range from giving someone a ride to the doctor or on errands; helping with home repair, child care, or cleaning; home visits for the elderly; or even activities such as going out dancing or playing games with someone who needs a partner.

"I view the Time Bank as a social safety net that we can provide as a community, because our government is not adequately providing that kind of net for people,” says Stephanie Rearick, director of the Dane County Time Bank. “We see this as a way we can step in and do things for each other.”

The Dane County Time Bank steering committee made a commitment right from the start to involve members from a broad cross-section of the community. The result? “It has just exploded,” says Rearick. “We have 900 members in all different parts of the county and all the different neighborhoods throughout town. It’s huge.”

Time Dollar transactions at the Dane County Time Bank were conducted solely online and by phone when it launched in October of 2005. However, the project has grown so successfully that they opened the Time Bank Store in November of 2008, a brick-and-mortar location where people could bank and spend Time Dollars. In addition, the Time Bank Store doubles as a thrift shop where people can donate and purchase goods ranging from toiletries to furniture.

Fostering Resilient Communities
Especially in tougher economic times, models like Time Banking can be a creative way of cutting back on spending while still getting goods and services one needs. By working outside of a mainstream economic framework, community networks create ways of sharing and providing services that don’t rely on the exchange of currency. And while currencies and markets fluctuate, strong community ties are a constant.

In fact, a report recently released by The New Economics Foundation in Britain proposed Time Banking as a “recession-proof means of exchange,” given the cracking of mainstream global economic structures.

Particularly in the current economic climate, Rearick says that systems like Time Dollars can also be empowering because they encourage individuals and communities to support one another when governments fall short.

As first conceived in 1980 by economist Edgar Cahn—1998 winner of Green America’s Building Economic Alternatives Award— the philosophy behind “Time Dollars” is based on the ideal that we can best build community when everyone’s contributions are valued equally. Where our current economic structures do not attribute the same value to everyone’s labor—for instance, unpaid work within the home such as housework, raising children, or elder care does not hold any monetary value within mainstream economic models—the Time Dollar system is based on equality and reciprocity for labor. One hour equals one service credit in the system no matter what the service, and thus encourage reciprocal community service.

Where monetary transactions are characterized by fleeting exchanges, time banking fosters community building at the most basic level because it encourages interaction.

“In the beginning, I was more interested in the economic impact it could have,” says Rearick. “But now that I am immersed in it, I think it is a wonderfully powerful community-building tool. ... This is the first thing I’ve seen that really reaches across demographic boundaries and helps build relationships and trust in a community across income, race, class, and neighborhoods.” 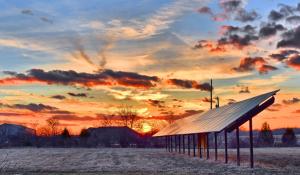