Buying Chocolate For Halloween? The Production Of Cocoa Is Scarier Than You Think 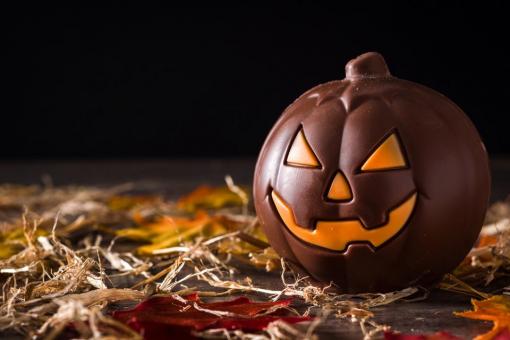 This article originally appeared in Forbes, on October 22, 2019

Scares are expected during the Halloween season, but your candy shouldn’t be one of the sources of them. Unfortunately, there are some pretty horrifying practices that go on in the making of some of the most popular mass market candies – especially chocolate.

If you’re already a person who avoids dairy for ethical reasons, be it the grotesque treatment of cows or the environmental impact of dairy production, you’re probably already steering clear of some of the most popular mass-market chocolate. But dairy isn’t the only devil when it comes to Halloween candy. The horrific human rights abuses and environmental issues in the production of chocolate are well-known and well-documented.

In West Africa, where 70% of the world’s cocoa comes from, the industry is notorious for relying on child labor. Children – many of whom are trafficked onto cocoa farms and forced into unpaid slave labor – are made to engage in dangerous labor practices such as slicing cocoa bean pods open using machetes and their bare hands, carry sacks of cocoa weighing 100 pounds or more, and spray toxic agricultural pesticides. In addition to the dangerous work itself, the children are often beaten, fed only the cheapest foods, and deprived of an education. The biggest chocolate brands in the world, including Mars, Nestlé, and Hershey, source their chocolate from this region. These practices are, by and large, in violation of international law and UN conventions, but little has been done to enforce these international treaties and curb the worst practices.

Cocoa farming is also a major cause of deforestation, particularly in Côte d'Ivoire, as farmers race to keep up with global demand. Much of the environmental impact of chocolate also comes from other ingredients in chocolate products, such as sugar, dairy, and palm oil. These industries are also notorious for their greenhouse gas emissions and reliance on deforestation.

Fortunately, it doesn’t seem as though consumers concerned with human rights and environmental issues need to avoid chocolate altogether. There are a number of companies focused on making treats with the most ethically sourced ingredients possible.

The nonprofit organization Green America gave letter grades to several chocolate companies earlier this year, based on their efforts to avoid labor abuses and negative environmental impact. It’s worth noting the worst – Godiva received an F, Mondelez and Ferrero received Ds – as well as the best. Alter Eco avoids palm oil altogether and participates in reforestation, among other pro-environmental and human rights practices. They produce numerous truffles, bars, and other items that are vegan, as well. Divine, Endangered Species, Equal Exchange, Shaman, Theo, and Tony’s Chocolonely, which all received As from Green America, also produce ample dark chocolate confections that are free of animal products.

Another brand worth celebrating is Pacari, which sources its all-organic cocoa from Ecuador and happens not to use dairy in any of their products. What they do offer, however, are chocolate bars flavored with interesting ingredients like ginger, lemon, orange, rose, and more, in addition to standard blends.

It’s not easy to find chocolatiers that take all the ethical implications of chocolate into consideration, even in the vegan sphere, where sometimes the animal rights issue is addressed while human rights are largely ignored. But not always. Lagusta’s Luscious in New Paltz, NY, is the world’s first all-vegan chocolate shop. The owner, Lagusta Yearwood, works to ensure that all products used are ones she can ethically stand behind, down to the packaging.

So when you’re shopping for chocolate goodies to pass out to trick-or-treaters, consider that it’s worth shelling out a little extra to ensure that there’s nothing horrifying about your treats. The good news is that you can have your chocolate and eat it, too – while considering the interests of kids and cows around the world.