Your bank probably funds climate change. Here's how to save more sustainably 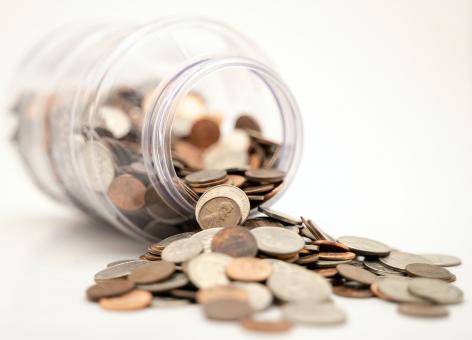 This article originally appeared in Mic, on August 4, 2021

Common wisdom says to put your money where your values are. If the wildfires, heat waves, droughts, and floods that have been ravaging much of the world lately have left you with an unshakeable sense of grief, dread, or both, chances are that your values align with ending the climate crisis, which makes such extreme weather events more frequent and intense. But what if you’ve already donated to your favorite climate nonprofits and want to do more with your dollars? One option is to move them from a big bank that funds the fossil fuel industry to a smaller, more sustainability-oriented bank that doesn’t.

Big banks direct a ton of money to the fossil fuel companies that have largely driven the climate crisis. A report published by the Rainforest Action Network (RAN), in collaboration with other organizations, found that the 60 largest commercial and private investment banks gave the fossil fuel industry $3.8 trillion in the five years since the adoption of the Paris Agreement, a plan to significantly lower global greenhouse gas emissions. A sizable portion of this money goes toward expanding fossil fuel extraction and infrastructure, according to the report. The banks responsible include household names like Well Fargo, Bank of America, and Citibank. JPMorgan Chase is the worst offender by far, pumping $51.3 billion into fossil fuel companies in 2020 alone.

And don’t be fooled by initiatives like Bank of the West’s “1% for the planet” credit card and “climate-conscious checking account,” warned Sierra, the magazine of the Sierra Club, which collaborated with RAN on the Banking on Climate Chaos report. If big banks offer them, they probably amount to little more than greenwashing. Bank of the West is a subsidiary of BNP Paribas, Sierra pointed out — the leading funder of offshore oil and gas projects from 2016 to 2020.

While your checking and savings accounts might be only a sliver of what your bank directs to the fossil fuel industry, your decision to house them there does have an impact. “Money makes the world go round,” says Sylvia Panek, a financial advisor for Natural Investments, which focuses on socially responsible investing. “If they’re sitting at a bank that is financing natural resource extraction, very extractive, exploitative practices, your dollars essentially are being used for that.”

Like a lot of people, maybe you just went with whatever bank your friends or family use. “Because of their marketing power and their lobbying power, [big banks] seem to be top of mind for people,” Panek tells Mic. “They may not really be aware of better, more local, greener, more socially just and responsible banks.” These banks tend to be smaller, she explains — as in, they don’t have nearly the amount of money that major multinational fossil fuel companies would need to fund their projects.

The good news is that most of these banks have offerings comparable to those of big banks, such as online banking portals, apps, and waived ATM fees, Panek says. You can likely use their debit and credit cards at checkout, too, she adds, because the processor would probably still be a major one accepted by most retailers (i.e., Visa or Mastercard).

The main advantage that big banks have over smaller, more sustainable ones is their ability to offer credit cards with cash back rewards, frequent flyer miles, discounts from certain major retailers, and the like, thanks to their size Panek explains. But if you’re someone who, say, prefers to travel by bicycle and buy as little as possible — and patronize small businesses when you do — you’re probably ok going without these perks.

That said, times seem to be a-changing. Panek says her federal credit union recently announced a new rewards program for debit card users that includes travel, merchandise, and more. Transitions away from big banks — a movement partly due to the financial crisis caused by these institutions and their huge bailouts in 2008 — “has led to greater bargaining power” among smaller banks, she says, making it easier for them to compete.

If you learn from the Banking on Climate Chaos report or elsewhere that your current bank finances the fossil fuel industry, moving your money to a bank that doesn’t is a small yet meaningful step you can take toward fighting the climate crisis. Here’s how to switch to a sustainable financial institution that works for you.

Panek recommends searching Better Banking Options, as well as the Get a Better Bank map, offered by Green America, a nonprofit where she began her career in sustainable and socially responsible investing. All the banks and credit unions included meet at least one of various criteria, such as being a certified community development financial institution (CDFI for short—more on that later) or identified by the FDIC as a Minority Depository Institution.

If nothing else, go with a community-based institution

If you don’t have the time or energy to identify a bank committed specifically to sustainability, Panek recommends at least moving your money to a certified CDFI, which will likely be too small to lend money to a huge fossil fuel company. As part of their certification by the U.S. Treasury, these banks or credit unions need to show that the majority of their operations go toward loans in the community where they’re located, like mortgages and small business loans, she explains. (Banks are for-profit, while credit unions are non-profit and member-owned. You can read more about the differences between the two here.)

Look for B Corp certification

Finding a sustainable financial institution is “a little bit more nuanced and more difficult,” Panek says. While green certifications might seem like a handy shortcut, they aren’t necessarily reliable, according to Costello. “Some of these certifications are created for the purpose, I believe, of greenwashing, so you want to actually be careful about that,” he tells Mic.

Both he and Panek agree that you can trust a B Corporation certified financial institution, though. For C corporations — the typical designation for corporations — “the return to the shareholder is by far the priority of the operation,” Costello says. B Corporations, on the other hand, regard other values as equally important. B Corp certification basically says that a company has undergone an evaluation process to confirm that its operations go toward supporting people and the planet, in addition to profit, Panek explains.

Costello suggests doing some digging into the enterprises the financial institutions you’re considering loan to. Try searching for this information on their website or contacting their customer service departments. Depending on their privacy policies, they might not be able to supply the names of the companies they’re loaning to, “but they should be able to certainly provide categories,” he says. Or, visit Mighty Deposits, a website where you can compare different types of investments across banks and credit unions.

Consider what else is important to you, besides sustainability

This can help you further narrow down your options. If the ability to access a physical branch is important to you, Panek says, an online-only bank might not be the ideal choice. If you want to support the local economy, “going with a green bank that’s all the way across the country might make [you] feel better in some ways but not in others.” She suggests using a resource like Green America’s Get a Better Bank map to “mix and match what works better for you in terms of what is most important to you.”

How to make the switch as painless as possible

Once you find a bank you feel good about, open an account with them, Costello says, and start using their checks and/or debit card. Panek suggests sitting down with last month’s bank statement, listing every recurring transaction, and updating your payment information on every app and system where you've set up autopay.

A flyer created by 350Marin, where Costello is a member of the steering committee also recommends leaving enough money on your old account to cover any automatic payments that have yet to be made or checks that haven’t cleared. Once a full round of recurring transactions has been made on your new account, transfer the leftover funds to it, close the old one, and get written confirmation that it's been closed. Last but not least, tell your old bank why you decided to part ways with them.

Real talk, though: For many people, this last step takes the most work. “I wouldn’t say it’s hard,” Costello says. “It’s just time-consuming…. There’s a lot of little details involved.” He tells Mic that it took him a year to transition from Bank of America to Beneficial State Bank, a community development bank based in Oakland, California. But as much of a pain in the ass combing through your bank statement can be, in the grand scheme of things, it’s still worth the opportunity to help stave off climate catastrophe. 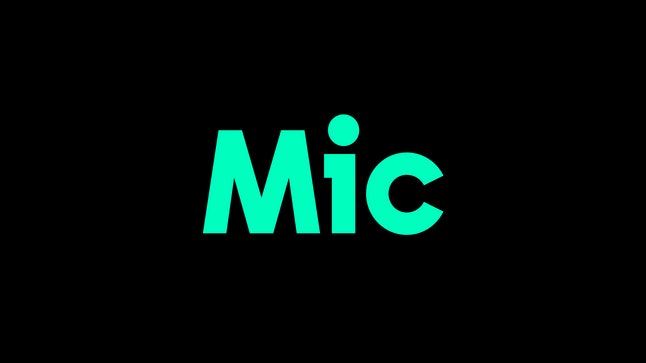