What is Regenerative Agriculture?

Global climate change is a huge issue facing our planet. This problem has been caused in large part by humans interfering with the carbon cycle. For years, scientists have pointed out how the burning of fossil fuels has released an excess of carbon dioxide into the atmosphere, creating a greenhouse gas effect and warming the earth. One component of the carbon cycle which is now gaining attention as a prospect for improving the crisis is soil. Here's the rundown on how soil could be our salvation.

What is regenerative agriculture?

Regenerative agriculture* is an approach to agriculture which focuses on improving and revitalizing soil health.  This movement is gaining momentum at a time when it is greatly needed. Poor soil stewardship has led to a troubling decrease in arable top soil available for food production. Because conventional farming practices have stripped so much carbon from the soil, it now exists as a potential carbon sink to take in excess carbon contributing to climate change. The best way to enact this strategy is through sustainable agriculture practices like carbon farming.

What is carbon farming?

Carbon farming is the practice of removing carbon dioxide from the atmosphere and converting it into plant material and the organic matter that makes up soil.

Carbon farming works through agricultural methods like not tilling (or disturbing the soil), using organic mulch, composting, rotating livestock, and cover cropping all allow carbon sequestration to occur in the soil. Unfortunately, conventional agriculture does not typically employ these practices. Despite this, there is cause for hope. A growing number of sustainable farmers are adopting these regenerative practices and mitigating climate change while producing healthful and delicious food for their communities.

What is the goal for addressing climate change?

The global climate solution is not possible without addressing the impact of agriculture which contributes upwards of 1/3 of the global greenhouse gas emissions from human activities. Regenerative agriculture is key to transition agriculture from contributing to the climate crisis to helping solve it. According to Ohio State soil physicist Dr. Rattan Lal, “A mere 2 percent increase in the carbon content of the planet’s soils could offset 100 percent of all greenhouse gas emissions [currently] going into the atmosphere."

How do I get involved in the regenerative agriculture movement?

You can support farmers that are pioneering regenerative agriculture by shopping at your local farmer’s market. Have a conversation with the farmers in your community about regenerative agriculture and what they are doing to improve soil quality. By asking if they use any chemical pesticides or fertilizers, if they till the land frequently, if they cover crop, use organic mulch, rotate livestock, or compost you can get an idea of what they are doing to encourage carbon sequestration on their farms.

If you are not able to make it to the market, co-ops and natural food stores usually sell locally grown produce. This produce may or may not have been grown through regenerative practices but still has a lower carbon footprint, as it has not been transported across the country.

You can also write to food companies you frequently buy from and ask them to prioritize regenerative agriculture in their sourcing practices. With enough consumer demand, we have the power to effect the changes we want to see in the food system. Find out about more actions you can take to improve the food we eat.

Doing some regenerative agriculture of your own in your yard or a community garden is an exciting, active way to get involved. Investigate the options in your area and improve the environment in the most enjoyable way possible, by eating delicious, fresh food!

*This is an exciting time in the worlds of sustainable agriculture and climate change mitigation, when these two fields have the opportunity to collaborate and reinforce one another. This partnership is in its early stages, and terminology is constantly evolving. Regenerative agriculture is a new term that is still being defined and debated. Green America is proud to be a part of this discussion and stands behind agriculture that builds healthy farmlands, supports farmers and farmworkers, protects local environments, benefits consumers, and contributes to the fight against climate change—regardless of the term used to describe it. The organization recognizes that implementation of these agriculture methods will always be site specific and depend on soil characters, crops grown, and local climates. Green America's long-term goal is agriculture production that is regenerative and meets the USDA organic standard, the best way to achieve this is through the Regenerative Organic Certification. Green America supports all farms reducing chemical inputs and enhancing soil preservation techniques to move closer to those twin goals.

Edible Weeds: Hidden Gems in Your ... 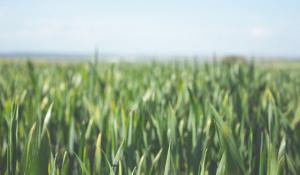 For the last few years we have been educating consumers about the impacts of GMOs.