Our demand for electricity is at the heart of the nation’s single greatest source of the pollution that causes climate change. Fully half of our electricity in this country is generated by coal-fired power plants and coal power by itself is responsible for 40 percent of US greenhouse gas emissions. Electricity can be difficult to think about because it is invisible. We see what it does, but not what it is or where it came from. What is actually happening when we plug something into an outlet at home and watch it turn on or light up?

Everything — you, the clothes you’re wearing and the computer you're looking at — is made up of atoms. Electricity is created when electrons — tiny particles that orbit around the nucleus of each atom—are stripped off and pulled along in the direction of a positive charge.

We use electricity in our homes to refrigerate and cook food, play music, keep the lights on, drive computers and televisions, and power hundreds of appliances large and small. “Plugging something into an outlet and flipping the switch is like opening the water valve,” writes Paul Scheckel in The Home Energy Diet. “Electrons flow from the outlet into the device … the electrons can be manipulated by the circuitry in an appliance in hundreds of ways to turn motors, light bulbs, calculate formulas, play music, record movies, or project an image. The list of uses for electricity is endless and nearly miraculous.”

How do power plants generate electricity?

There are many different methods, though, for driving the generators that create electricity. Some have dire impacts on people and the planet; others are clean and sustainable. (See our chart.)

How electricity is generated has a big impact on people and the planet. But wind turbines, solar panels, nuclear power plants, and coal-fired power plants are all making the exact same thing—the electricity flowing through the grid is a pulsing line of electrons, indistinguishable regardless of how that energy was generated. You can’t choose what sort of energy will come to your house’s outlets from the “grid”—that energy is a generic flow of electrons, created from the “energy mix” of sources in your region.

Electricity is a generic row of electrons pulsing at a given rhythm that enters a common system from many different sources. Electricity can travel up to 300 miles from where it is generated to where it is used. The interconnected system of wires that connects all power generators to power users is known as the “grid.” The grid is interconnected and overlapping across the country, although power generated in one place cannot be used more than several hundred miles away. That said, electricity routinely crosses state or even country lines; and households with solar panels can even create power that they place onto the grid from their homes, which joins the common energy supply for use in their area.

How do I impact this system when I reduce my energy use?

The generation of electricity is driven by demand. Fully a third of the energy generated in this country is for residential use—when you make changes in your household to reduce your energy use, your decision has an impact on the utilities that are generating energy.

Over the short term, fast-acting power plants fueled by natural gas can be dialed up and down to respond to daily changes in demand. Other power generators using coal and nuclear are used for steady demand and can only be adjusted over the long term. Because utilities generally make use of all renewably generated wind or solar power placed on the grid, changes in energy use will eventually reduce coal and nuclear power generation. All of the 108 new coal-fired power plants currently being proposed around the country are being justified as necessary because of projected power demand; and demand for more coal is driving the “mountaintop removal mining” currently taking place in Appalachia. So in both the short and long-term, reducing your own energy use helps to reduce the dirty generation of power.

How does electricity get from power plants to my house?

Generators don’t just pump out a line of electrons flowing towards a positive charge—they flip the charge from positive to negative 120 times and back again every second, so that rows of electrons vibrate in every electric wire. This pulsing line of electrons, called alternating current (AC), can transmit electricity over great distances.

The cycles of alternating current mean that the electricity moves in steady waves of rising and dropping voltage as the electrons cycle back and forth. Most generators generate power in three overlapping phases. Transformer stations “pump up” the force with which the electrons are flowing through the wires to a high voltage, hundreds of thousands of volts, for transmission over long distances.

The huge towers running through rural areas have three wires, one carrying each phase of power at very high voltage, and a top “ground” wire designed to balance the other three. (Some power towers also serve to carry telephone or cable lines.) Somewhere near your house, the power enters a substation that steps down the power’s voltage to much lower levels; typically two wires carrying just one phase of power at 240 volts splits off from the main power line to serve each household.

What happens when I buy green power by purchasing renewable energy credits?

Once electricity generated by a wind farm is placed on the grid, it is indistinguishable from electricity generated by a coal-fired plant. So energy customers who wish to support wind and solar power can do so by purchasing renewable energy certificates, also known as “RECs,” or “green tags.” The day is coming soon when government incentives and shifting market forces will bring the cost of generating zero-carbon power below the cost of burning coal for power. But until then, buying a green tag allows customers to help renewable energy projects by making up the difference between the “grid price” of 1 kilowatt of power and the slightly higher price of renewably generating that kilowatt of power. Purchasing green tags doesn’t directly change anything about what is coming into your outlets, but it is a powerful way of displacing dirty power production by helping to place renewably generated energy on the grid.

First Steps to Efficiency
More Steps to Efficiency
10 Easiest Ways to Cut Your Energy Use in Half
Save More Energy at Home
Energy Efficiency: The Magic Bullet
Community Investing Banks and the Economic Crisis
Passive House, Aggressive Savings
A Power Primer: Electricity 101
How is Our Electricity Generated in the US?
Why Josh Barclay and Green America Say: "Efficiency First!"
Learn about our sponsor. 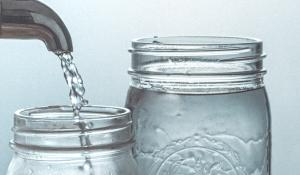