Green America and China Labor Watch (CLW) today released the findings of an undercover investigation we conducted in August 2014 at one of Apple’s 2nd tier supplier factories: Catcher Technology in Suqian. 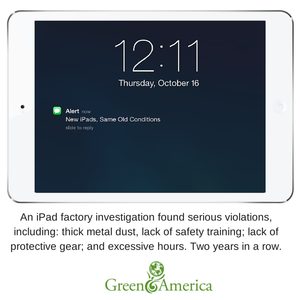 This factory manufactures metal casings for a number of consumer electronics companies including Apple, Inc. While at the factory, the investigator worked on parts for the iPad. This factory’s sister factories, Catcher Technology in Taizhou and VITO in Suqian, are producing parts for the iPhone 6. These factories often share workers back and forth.

The investigator discovered extensive violations of Chinese labor laws, as well as violations of Catcher’s policies and Apple’s Supplier Code of Conduct, which details standards for worker rights and environmental sustainability for any company supplying to Apple. Many of the violations were similar to those found in an April 2013 investigation of the same plant, the results of which were shared with Apple by CLW.

Many of the same problems found 16 months ago at Catcher still exist today, and some are worse. Moreover, we’ve uncovered many new violations in 2014. This compares labor violations at Catcher between 2013 and 2014, including indicators of violations of law and corporate policies. 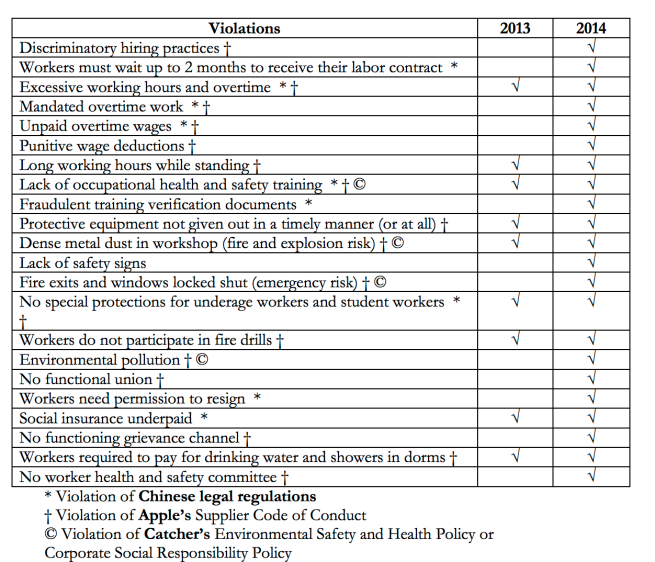 These findings make it clear that in spite of Apple’s commitments, there is need for much more action on human rights and health and safety for workers in the factories where Apple products are made. 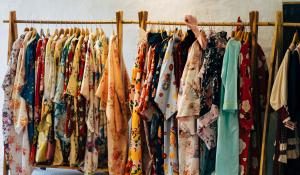 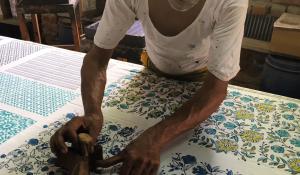