Above: RMG workers held a protest rally against the retrenchment and forced resignations of workers and firing of pregnant women caused by factory closures during COVID-19 pandemic in Dhaka on June 26, 2020. Photo by Mamunur Rashid.

Across the world, workers are standing up for their rights; speaking out against injustice; and fighting for democracy in their workplaces through organizing. Following workers’ leads may sound like a passive task, but it’s the opposite. Listening to workers requires community members to actively listen and respond.

“Consumer and investor pressure on Amazon’s climate emissions is working, with the company pledging to go carbon neutral by 2040,” says Green America executive co-director, Todd Larsen. “Now we need to ramp up the pressure and get Amazon to act on labor injustices in its warehouses and supply chains.”

Workers, like any other group, know and understand their own situation better than those outside it can. Factory workers, warehouse employees, farm workers, and other workers in the supply chain are those most impacted by problems and those most likely to come up with effective solutions. As a member of the global community, there are still many ways to support workers and empower companies you buy from to do the same.

America’s largest employers are some of our worst, starting with retail behemoths Walmart and Amazon. Walmart’s poor record on labor—hourly wages so low its workers turn to food stamps, failure to promote women, and union busting—is so well known that many of us avoid shopping there.

After successfully pushing Amazon to adopt clean energy, Green America incorporated workers’ rights into our campaign advocating for Amazon to become greener, by not only taking less of a toll on the planet but also respecting workers.

Amazon is one of the most powerful and profitable companies in the US, where an estimated $1 out of every $2 spent online is spent. Amazon’s speedy deliveries rely on warehouse and delivery drivers working long hours in dangerous conditions. In the first six months of the pandemic, nearly 20,000 of Amazon’s over one million US employees contracted COVID-19, according to Amazon. By not taking worker safety seriously amid the pandemic, Amazon threatened the health and safety of local communities.

Amazon is customer-obsessed and due to its size and reach, even if you don’t online shop, you likely use services that are hosted on Amazon Web Services.

“If people care about the safety and security of workers, then they can pressure elected policymakers to pass legislation to guarantee worker protections,” stated Tyler Hamilton, Amazon worker in Minnesota. “But also they can be smart about what they buy. If you have to buy on Amazon, remember there are multiple human beings on the other end. Many of us in different parts of the process have to handle items like dog food or kitty litter, which exacerbate injured backs and knees. Buying your heavier and bulkier items yourself at the local level has direct impact on our working conditions.”

Take action because this company cares what you think!

Individual action: Amazon can be a great tool for finding the products you need. Then buy them directly from the sellers, instead of from Amazon. Take a look at these alternatives: greenamerica.org/sustainable-alternatives-amazon.

Community action: Shop from local businesses. When you shop local, $68 out of every 100 dollars goes back to local communities, according to the nonprofit Business Alliance for Local Living Economies. You can uplift your neighborhood, instead of CEO’s bank accounts.

Corporate Action: Sign Green America’s petition to demand that Amazon use clean energy and treat its workers fairly: greenamerica.org/amazon-build-cleaner-cloud. Contact Amazon directly (see our sample corporate letter) and share your concerns about how workers are treated. When worker and consumer voices come together, our collective power and impact is amplified.

Millions of workers throughout the US are earning a minimum wage, often in dangerous and difficult jobs. The minimum wage has not kept up with inflation for decades, and is far below a living wage in many parts of the country. Join Green America and our Green Business Network in taking action with the Fight for $15 campaign (fightfor15.org), in a nationwide effort to raise the minimum wage to $15 state by state.

For decades, Green America has helped our members take action to oppose labor abuses in apparel, cocoa, and electronics industries—pushing companies to respect workers in their supply chains.

As we highlight in our Toxic Textiles Campaign, the apparel industry is bad for people and the planet. In addition to textile manufacturing accounting for 20 percent of industrial water pollution, workers in apparel supply chains can experience dangerous working conditions, union busting, wages that keep people in poverty, and chemical exposure that can cause lasting health impacts.

The pandemic has exacerbated injustice in apparel supply chains. Multi-billion-dollar brands cancelled orders, knowing there would be lessened demand. Then, suppliers that operate on small margins were not able to pay employees for the hours that had already been worked. Workers were and are being pushed to the point of starvation. But thanks to consumers signing petitions, taking action, and reaching out to brands, over 20 brands that cancelled orders have now paid up on those orders. 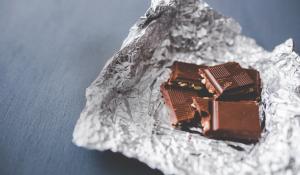