There are 3.4 million garment workers in Bangladesh employed at 4,200 factories, supplying clothing for Walmart and other major US retailers. Safety conditions in these factories are often so poor, about 100 workers per year die in factory fires because the doors are locked or blocked, says Bjorn Claeson, executive director of SweatFree Communities.

And they get little help from the government, or from the US companies they supply with goods. In fact, two Bangladeshi activists were arrested last year and are facing possible death sentences simply for calling for better wages and safer conditions for the country’s garment workers.

In the summer of 2010, representatives from the Bangladesh Center for Worker Solidarity (BCWS) and Bangladesh Garment and Industrial Workers Federation (BGIWF) were working with local factory employees to demand compliance with existing labor laws and a higher minimum wage—equivalent to about $2.50 per day.

In one factory in Dhaka, for example, employees make clothing primarily for Walmart for “malnutrition wages” equivalent to a little more than $1 a day, says Aleya Akter, a senior machine operator at the factory (and no relation to Kalpona).

Labor activists Babul Akhter and Kalpona Akter with factory worker Aleya Akter (L to R). To send a letter to Walmart calling for the charges against Akter and Akhter to be dropped, visit Sweatfree.org/bcws.

They work under lock and key, ever fearful of the factory fires they hear about in other parts of the country, she says.

“We can make 80 pieces per hour, but the managers ask for 120 per hour. If we don’t make this quota, the managers slap us and yell at us, and we have to work long overtime hours,” says Aleya, who along with Kalpona and Babul spoke about the situation to US crowds during SweatFree Communities’ recent “Truth Tour.”

Walmart does inspect its factories, but Aleya notes when the inspectors arrive, the workers are coached to lie. “If we do not lie and tell them we have better working conditions and a living wage, we lose our jobs,” she says.

Instead of demanding that the factories improve, Bangladeshi law enforcement levied 11 criminal charges against Kalpona and Babul last summer, including an unsubstantiated charge for setting off explosives. When the two went into hiding, hoping to call on international allies for assistance, local officials “took our [nongovernmental organization] registration, froze our bank accounts, and shot at our offices. They threatened our families,” says Kalpona.

After 21 days in hiding, both were arrested and spent a month in jail. Kalpona spent 11 days in a small cell where she was interrogated for grueling stretches. At one point while Babul was in prison, four men stood on his hands and legs while another beat him.

Thanks to international activist pressure, Kalpona and Babul were released after a month in custody. But they still face all 11 charges. If found guilty, “we will be convicted for a life sentence or for the death penalty,” says Kalpona. Claeson at SweatFree Communities notes that since at least two of the factories behind the lawsuits are Walmart suppliers, the retail giant could easily make these unfair charges disappear.

“Walmart is the lynchpin here,” he says. “If it told the factory managers to stop the lawsuit or lose their Walmart contracts, they would stop it.”

Sadly, Walmart has done nothing of consequence, say Claeson and Kalpona. When Green America contacted Walmart, a spokesperson wouldn’t comment directly on the case, saying,“Walmart’s sourcing decisions reflect our values and demonstrate respect for workers throughout the supply chain.”

“We need to keep continuous pressure on Walmart,” responds Kalpona. “It is important that consumers tell Walmart that it needs to change its business model to take workers’ rights seriously,” says Todd Larsen, corporate responsibility director for Green America.

“People can also use their dollars to vote for a more responsible supply chain by purchasing from businesses that sell Fair Trade or union-made clothing. Green Pages.org is a great place to start.”

To send a letter to Walmart calling for the charges against Akter and Akhter to be dropped, visit Sweatfree.org/bcws. 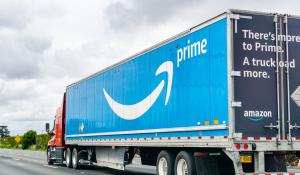 Child Labor in Your Chocolate? Check Our Chocolate Scorecard
(March 30, 2018)

According to the US Department of Labor, more than 2 million children in Ghana and Cote d’Ivoire work in hazardous conditions growing cocoa, the main ingredient in chocolate 1.