How Entrepreneurs Make Culture Their Business

Green businesses inspired by countries of origin are building community in the US and giving back to their people.
By
Anya Crittenton and Olivia Liang

When it comes to green business, caring for the earth is a given. But Yamacu and Velasquez Family Coffee surpass this mission as they forge worldwide connection through cuisine. Salimata Bangoura, CEO of Yamacu (and Green America board member), sells West African food and drink to support her community in Mali. Cathy and Guillermo Velasquez, founders of Velasquez Family Coffee, sell the Honduran coffee beans that Guillermo’s father, siblings, and neighbors hand-pick and sun-dry. When supporting these companies, you’re not just purchasing tasty cold-pressed ginger drinks or your morning coffee, you are joining an international network of community and culture, by tasting flavors from around the world that have been brought stateside with purpose.

Food brings us together—the labor of love creating a dish and then sharing it with others, explaining its history and significance.

Growing up in Ferkessédougou, [a city in Ivory Coast,] “the melting pot of West Africa,” Salimata Bangoura discovered this early on in life.

“I ate food from all different West African countries,” recalls Bangoura. “I like to focus on things that bring us closer, remind us we come from the same threads, and create a bridge. Food is the most powerful medium to do that.”

Bangoura runs Yamacu, a company that food and beverage company specializing in Malian cuisine and flavors. Inspired by her mother, Rokia Diarra, and Diarra’s original ginger drinks, the business offers seasonal prepared meals for catering purposes as well as take out, and is currently fundraising for a café.

Diarra began making ginger drinks, an anti-inflammatory and digestive aid, in 1995 in the Bronx after emigrating from Mali. As a child, Bangoura helped her mother make and deliver the beverages in the NYC borough, where there was a large concentration of African immigrants familiar with the flavors.

“You blend the ginger with things like pineapple and lemons and water,” Bangoura explains.“Some people make it really strong, like my mom.”

Eventually, when her mother got older, Bangoura took over the company and merged it with her own West African-inspired company, a meal delivery service called Dugu.

Creating a product that is good for people, shares her culture, and directly benefits West Africa are Bangoura’s main goals. While the business is not yet profitable, Bangoura says once it is, “all profits” will go towards supporting the people of Mali, where her mother has returned.

“Hunger leaves room for no other thought, trying to alleviate it is the number one goal, and that’s why we help support the people my mom feeds and cares for,” Bangoura says. “She helps young people from the villages looking for domestic work in the city. People come to her home, and she finds them employment and negotiates better pay.”

Bangoura further explains that her mother’s impact and reach has created a network in which Malian villages refer one another to her aid.

“By supporting Yamacu, you’re directly aiding this mission,” says Bangoura. “The absolute best way you can help is with funding, to support what women like my mother are doing, which helps us create and maintain sustainable communities.”

Some thirty years ago, a man helped his neighbor start her lawnmower. Guillermo Velasquez, a recent emigrant from Honduras, had just met his future wife, Cathy Eberhart.

Guillermo and Cathy Velasquez sound like the perfect pair to run a sustainable coffee business: he studied animal and plant systems and works in crop research at the University of Minnesota; she has a master’s in public affairs and worked with an organization that aids sustainable farmers with direct marketing. But the roots of Velasquez Family Coffee run so much deeper.

Guillermo grew up helping his father on his coffee farm in the Rio Negro community located in the mountainous rainforest of Comayagua, Honduras. In 2001, when the global market price of coffee sank, Guillermo’s father worried that to harvest and sell to his standard exporter would in fact lose him money.

That’s when Cathy and Guillermo asked themselves a life-changing question: Why don’t we bring this coffee home to Minnesota to sell at a fair price?

“We didn’t start out intending to have a business,” says Cathy. “Frankly we were just trying to help our family.” So, with the humble ambition of bringing coffee to St. Paul family, friends, neighbors, and coworkers, what started out as 400 pounds of coffee brought to the United States in suitcases has transformed 20 years later into the import of 20-30,000 pounds of coffee per year. Velasquez Family Coffee ships around the country or is hand-delivered one Friday a month in the Twin Cities by Cathy or Guillermo themselves, one of their children or, on occasion, their kids’ friends.

“We’ve gone beyond delivering to friends and family, but it feels like a big family, a big group of friends,” says Cathy.

The Velasquez’s coffee beans are grown beneath the rainforest’s canopy, where the forest minimizes erosion and preserves the surrounding habitat. The beans are then hand-picked for ripeness and sun-dried to seal in natural sugars and flavors.

“Honduras before had a bad reputation about coffee,” says Guillermo. “But right now, Honduras has one of the best coffees in the world.”

“That inter-cultural connection and our bi-cultural family is really what I love being able to share with others,” says Cathy. “This is a lot more than just selling coffee.”

Green businesses that care for people and the planet allow us to connect with cultures around the world, support diversity, and make our dollars count.

5 Green Long-Term Goals for 2023
How Attacks on Responsible Investing Could Hurt Climate Progress
Green Across Cultures
Regenerating Traditions in Growing
Sowing Seeds and Dropping Beats
Eating Insects to Fight the Climate Crisis
How Entrepreneurs Make Culture Their Business
Striking a Pose in Sustainable Drag
Learn about our sponsor. 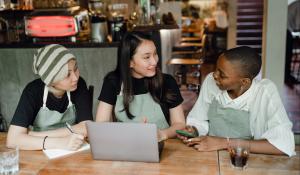 7 Green Business Resolutions You Should Try in 2023

It’s a new year—the Earth continues spinning, progress inches its way forward despite the deeply rooted challenges the world still faces, and it’s time to plan for the year ahead. For entrepreneurs, that means looking at business practices for as successful a new year as possible. 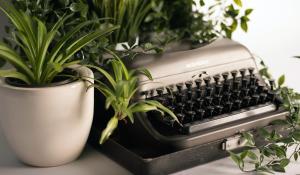 “Scary” Greenwashing to Look Out For

Greenwashing. You’ve heard the term before. A company and its products are “eco-friendly.” A business is on track to be “sustainable” by 2025. 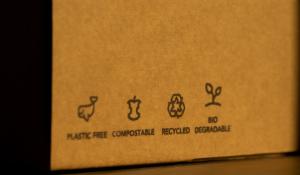 As communities and activists around the world attempt to deal with the immense cost of the climate crisis from unprecedented flooding in Pakistan to the longest recorded heat wave in China to wildfires and the new “smoke season” in the American West, questions arise regarding how much individual