Come As You Are: Zero Waste for Everyone

Balled-up paper towels, plastic food containers and crumpled stationery: when Anamarie Shreeves did her first trash analysis back in 2013, these were some of the most common culprits she found in the pile, and it probably isn’t far off from what many of us would find if we perused our own.

The average American produces roughly 1,700 lbs of trash per year, which is almost three times the global average, according to a 2019 report by the research group Verisk Maplecroft. Though waste-prevention practices have always been around, “going zero waste” has gained momentum in recent years as advocates take to social media to model their lifestyle.

While everyone can produce less waste, we can’t all do it the same way. For this lifestyle switch to make a real impact on our planet, it is important to understand the ways that rigid zero-waste “rules” can exclude certain groups and find low-waste solutions that allow everybody to get involved.

But First, What is Zero Waste?

Zero waste encompasses a strict set of principles that lead to zero percent of personal waste going in the trash can. Some zero- and low waste advocates have expanded the Three Rs rule to include repair and refuse, so everyday habits include: refuse, reduce, reuse, repair, and recycle.

“[A trash analysis] turns on a visual lens that most of us have never exercised before, and once you become aware of your trash there’s no turning that off,” says Shreeves.

Trash analyses draw the connection between the waste we produce at home and what we see when we drive by a dump. It’s a literal deep dive people do by sorting through their trash bins and identifying items that could have been recycled, composted, or maybe didn’t need to be bought in the first place. Often these are single-use items like napkins, plastic bags, and food scraps.

Invite Only: Exclusivity in Zero Waste

While consciousness of our consumer habits is an important aspect to reducing waste, where a person lives and their socioeconomic circumstance are not as adjustable.

Shreeves, who lives in Atlanta, says she used to shop regularly at a natural foods market but had to cut back after she started grad school and stopped working full-time.

“If a zero-waste lifestyle is out of your means, you simply can’t do it. But that doesn’t mean that you’re less of an environmentalist,” says Shreeves. While she has incorporated these habits into her own life, Shreeves doesn’t call herself a “zero waster,” because of the barriers to inclusivity that everyday people face when it comes to pursuing a completely zero waste lifestyle.

For example, getting food from bulk and fresh produce sections of grocery stores is key to reducing plastic waste, but at least 23.5 million Americans live in communities where access to fresh produce is extremely limited. Eighteen million Americans also live in neighborhoods where water systems are in violation of EPA lead standards. While the plastic water bottle has become a symbol for unsustainability to some, it remains a reminder of a national environmental injustice for others.

Freweyni Asress has been living a low-waste lifestyle for four years and is the founder of the Zero Waste Habesha community (named so in homage to her Ethiopian roots). Her work focuses on the experiences of Black people and land sovereignty.

“I started doing low waste for similar reasons as many others who are in that mainstream culture—to reduce my impact,” Asress says. “But my intentions evolved as I learned more about environmental racism, environmental justice, indigenity, and eco-movements in Ethiopia.”

Food insecurity disproportionately harms African American and Latin American communities, according to the nonprofit Move for Hunger, and is one example of how constructs like race and class can intersect with a person’s environmentalism. What society considers “normal” ability is another: In 2018, when Starbucks announced that it would eliminate plastic straws, the news sparked debate about ableism within the environmental movement, since plastic straws are considered a necessity for many disabled individuals. Disability rights advocates recommended offering straws by request only, instead of creating outright bans.

Another way we can understand the role of privilege in zero waste spaces is by taking a closer look at who is most burdened by waste and who works hardest to reduce it. Married American mothers spend twice as much time on housework than fathers, according to a 2012 Oxford study. Since domestic activities like cooking and cleaning can generate preventable waste, many women find themselves taking on sustainability leadership roles in their households—and there are numerous zero-waste blogs, YouTube channels, and Instagram accounts
run by working moms to prove it.

A 2017 Scientific American study also found that some men perceive eco-friendly behaviors as feminine and may avoid them because of it.

“When it comes to gender, there may be a lack of interest among men and it’s up to them to get involved,” says activist Rob Greenfield.

Greenfield famously wore a suit made of trash around New York City for 30 days to bring attention to the waste crisis and in 2019, he completed one year of growing 100 percent of his own food while living in Orlando, Florida.

“Men need to overcome the idea of masculine versus feminine and that’s no easy task in a society that has ingrained these ideas about gender,” says Greenfield. “Carrying a pouch of reusable items, for example, is considered feminine but men have to overcome these stigmas.”

All of this is to say that where we live, what we buy, and how we use products are all indicative of the types of privilege each of us may have.

Will You Have This Dance?

It’s often said that inclusivity goes beyond inviting someone to a party; it’s asking them to dance. Here are a few actions you can take to foster inclusivity along your own low-waste journey: 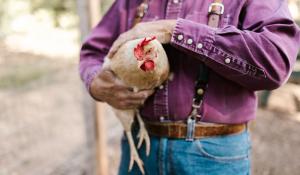 It happens every week: past the produce and beyond the breads, the towering wall of egg cartons brings you to a crossroads. Purchasing ethical eggs has turned into a multiple-choice test: organic or non-GMO, pasture-raised, free range, cage free, or the mysteriously on sale and unlabeled. 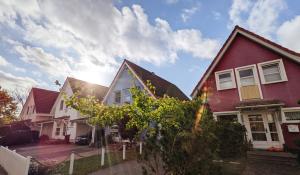