Like the Standing Rock Sioux before them, the Menominee Nation has taken up the mantle of “water protectors” in the Midwest. They’re also trying to safeguard their Tribal history.

As the Green American reported in our Fall 2017 issue, Aquila Resources, a Toronto-based mining company, wants to site an open-pit sulfide mine, called the Back Forty Mine, in Upper Michigan, 150 feet from the Menominee River.

The Menominee, together with other local residents, are turning out in force to fight off the mine, which would be located on their traditional lands, in the area that’s the location of their origin story. Sacred burial remains of Menominee ancestors have been discovered near the mine site, as have mounds, dance rings, raised garden beds, and other features of cultural and archaeological significance.

While Aquila says it conducted its own archaeological survey and the mine will not encroach on those cultural sites, the Menominee counter that Aquila did not consult them or obtain their consent.

They do not trust that the Aquila survey was as thorough as an independent survey in which the Menominee themselves took part would have been.

Menominee Nation organizer Tony Brown conducted a tour in April of just some of the sacred and historical Menominee cultural areas near the mine site, pictured below. 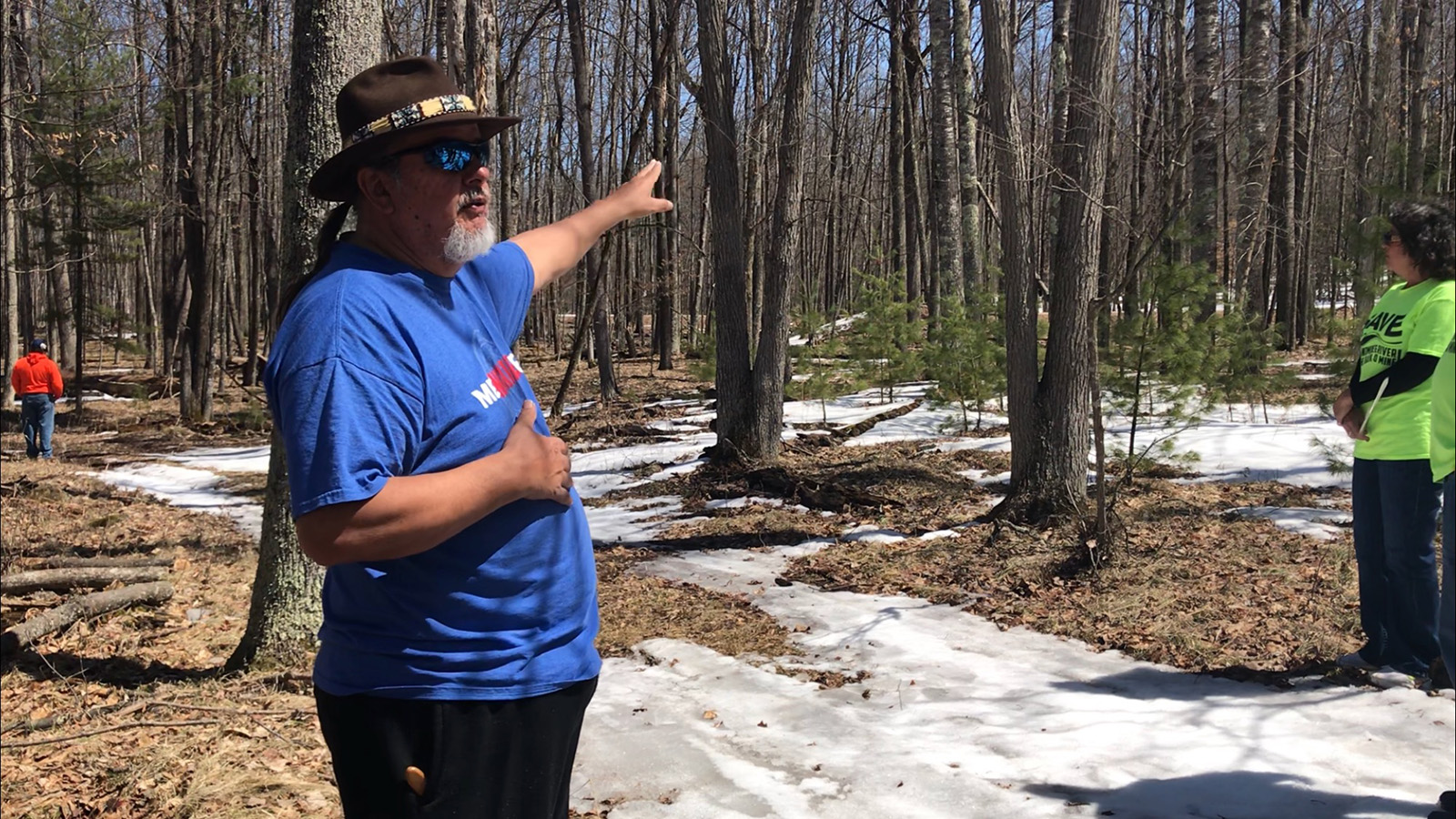 Menominee Nation organizer Tony Brown points to an ancient Menominee storage mound (raised ground behind the small pine trees, and inset photo) near the Back Forty mine site, located on traditional Menominee lands. Brown says the mounds acted as natural refrigerators, keeping goods cold. Anyone who needed something could simply take it from one of these mounds. 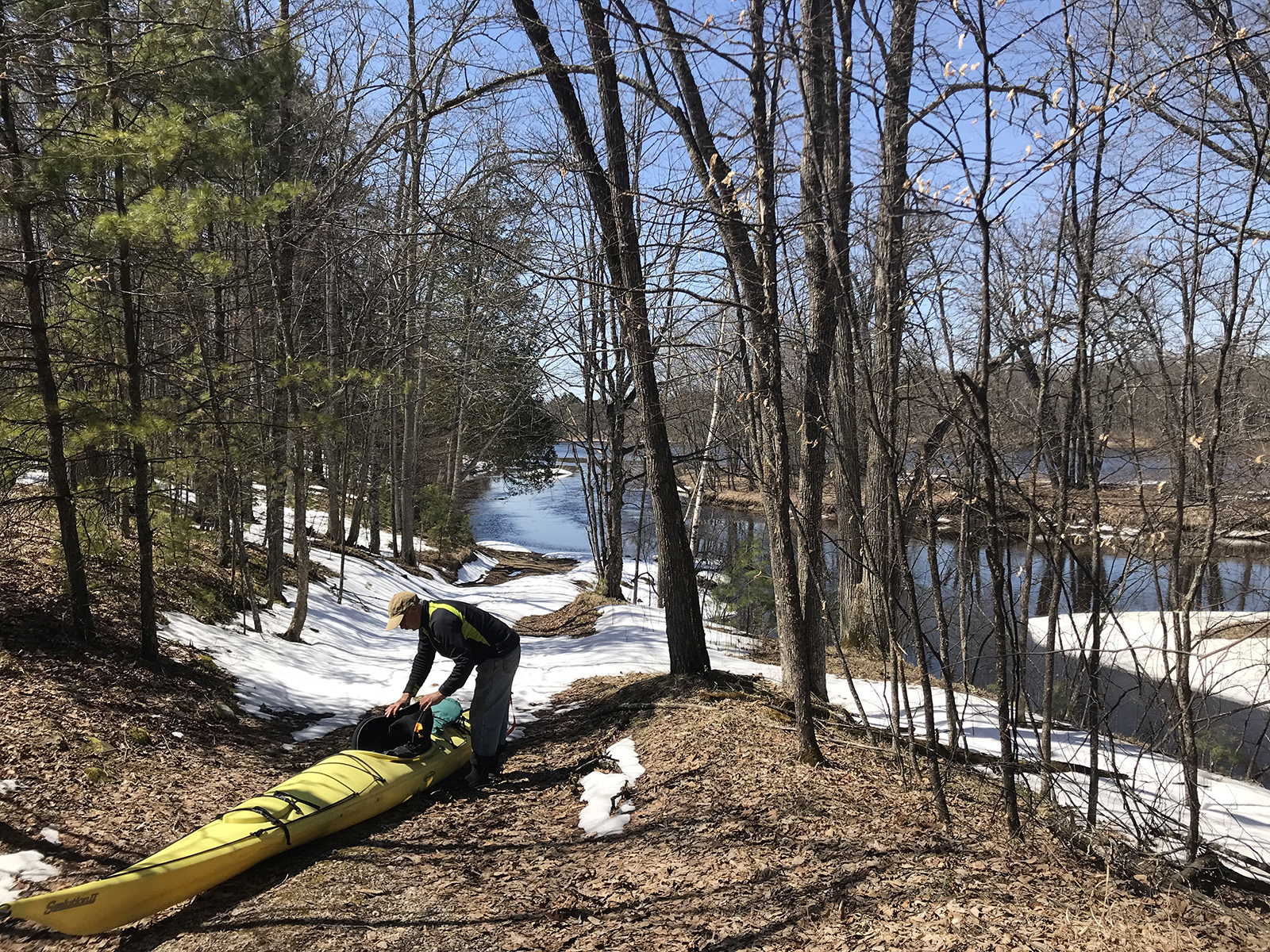 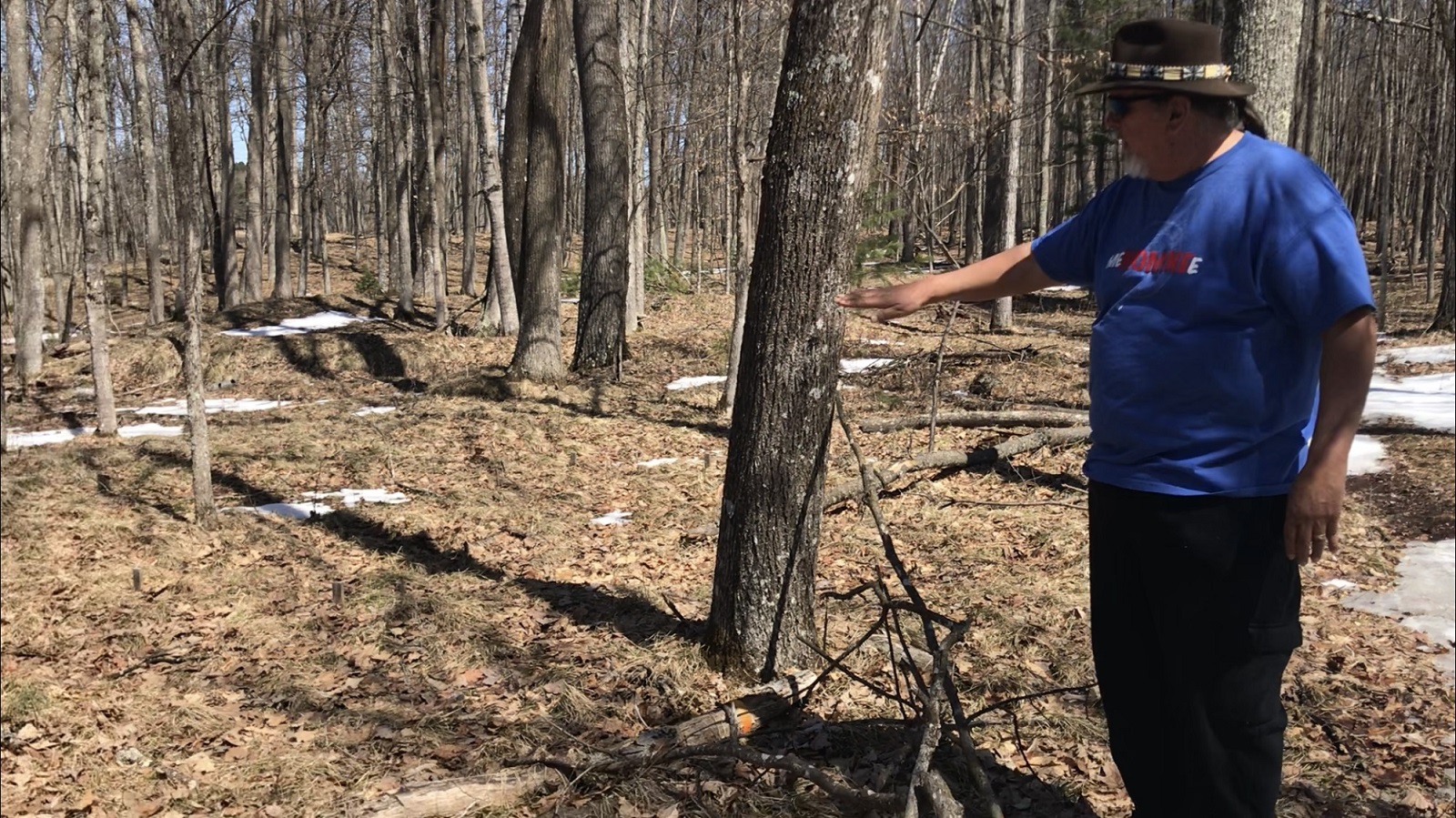 "This is a raised garden bed. At first, you might think it’s a road track. You can see how much they blend in if you weren’t looking. [Archaeologist Dr. David] Overstreet and his people put those stakes in the ground to mark it. These weren’t just one family’s garden. They stretch for big distances. It was a whole village garden. People were much more cooperative, much more interdependent. Part of what’s gone on with this society is we’ve become independent, and that’s really not healthy.”  --Tony Brown

“If this raised garden is here, and that mound is there, you want me to believe there’s nothing over there on the mine site?” Brown said on the tour, gesturing toward Aquila’s fenceline. “I don’t. They haven’t been trained in the way [the Menominee have been]. How would they know that’s a garden bed? How would they know that’s a mound? They haven’t done the research, and they won’t let us, the Menominee people, go look.” 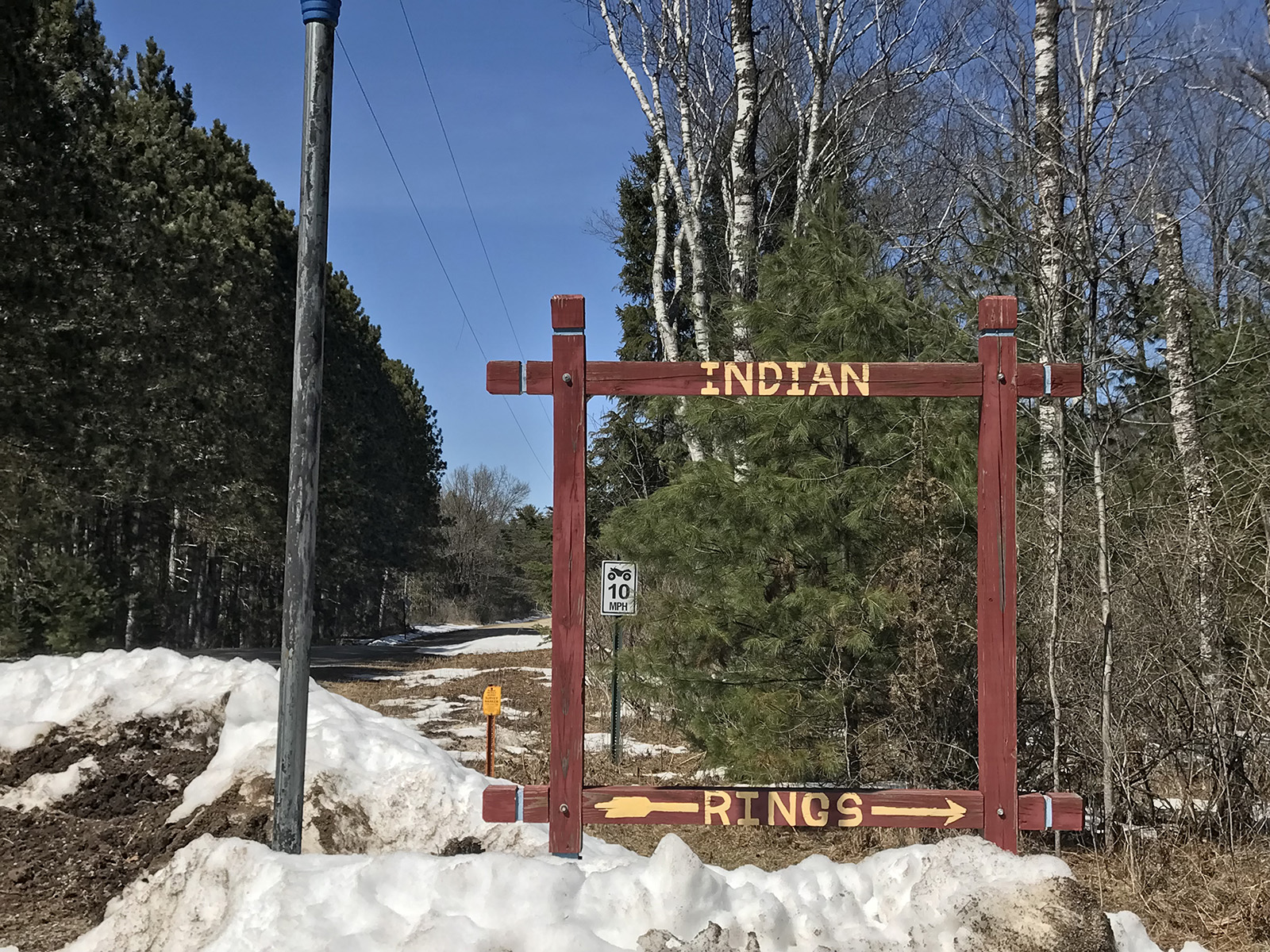 Brown noted that while archaeologists have dated the Menominee settlement near the Back Forty site as being more than 13,000 years old, Tribal historians say it’s even older. 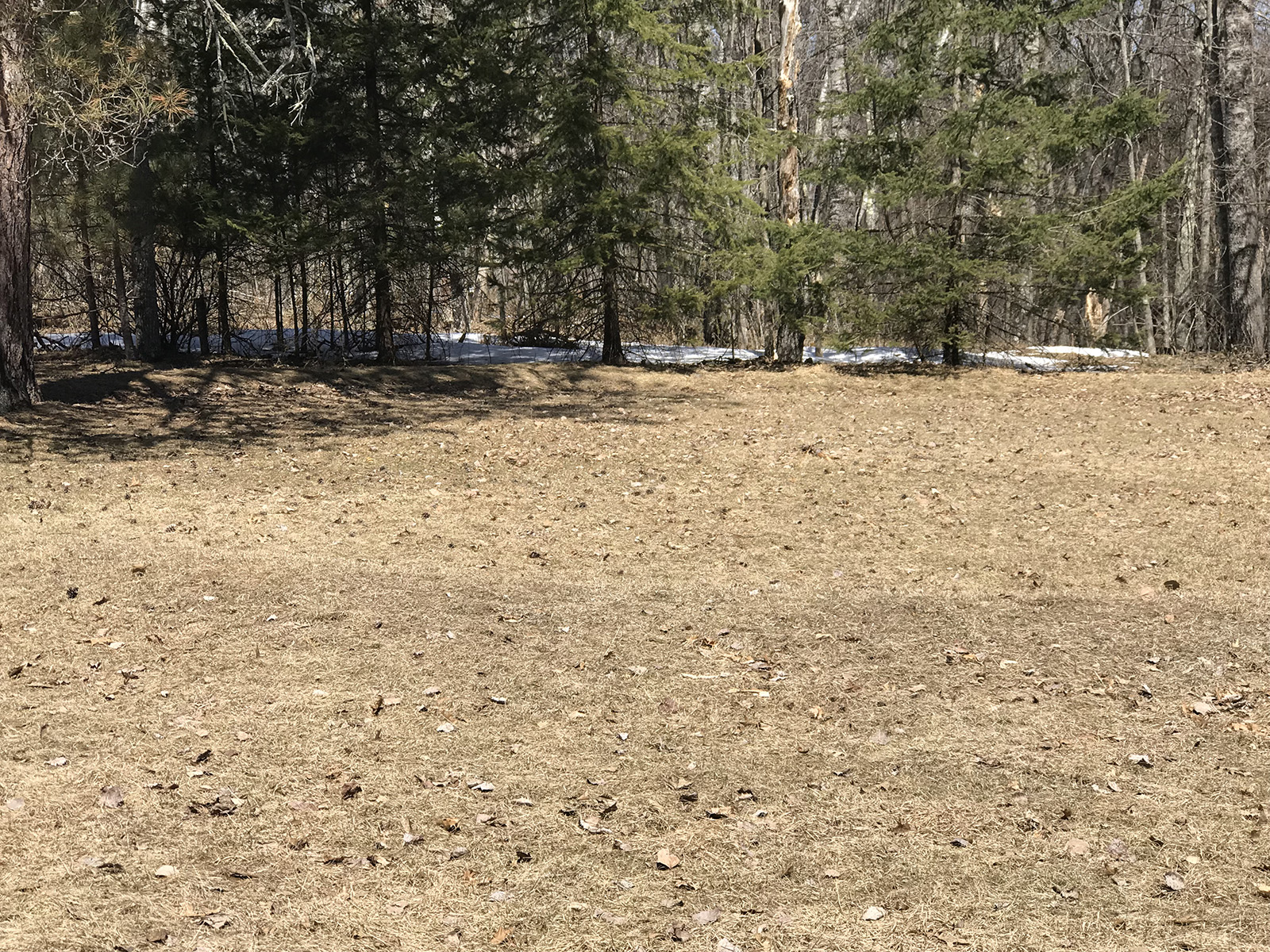 The faint, ring-shaped outline in the grass is an ancient Menominee dance ring, marked by signs put up by the state of Michigan It’s located in the Shakey Lakes State Park, adjacent to the mine site.

“This area ... this was heaven. They found the oldest [type of] wild rice, which was plentiful, here. Wild rice used to grow here. We’re called ‘the people of the wild rice’ because [we knew] you go out there and you get what the Creator gives you. You don’t exploit it. You don’t plow it up. You don’t give up everything else. We’ve got a choice of paths. If we make the right ones, the people, as the Creator made them, will survive. That means all people, not just the Menominee. If we go down that burnt, black path [of siting the Back Forty Mine], it frightens me. You learn quick that cooperation benefits a lot more people than the destructive path.” --a Menominee water protector who wishes to remain anonymous 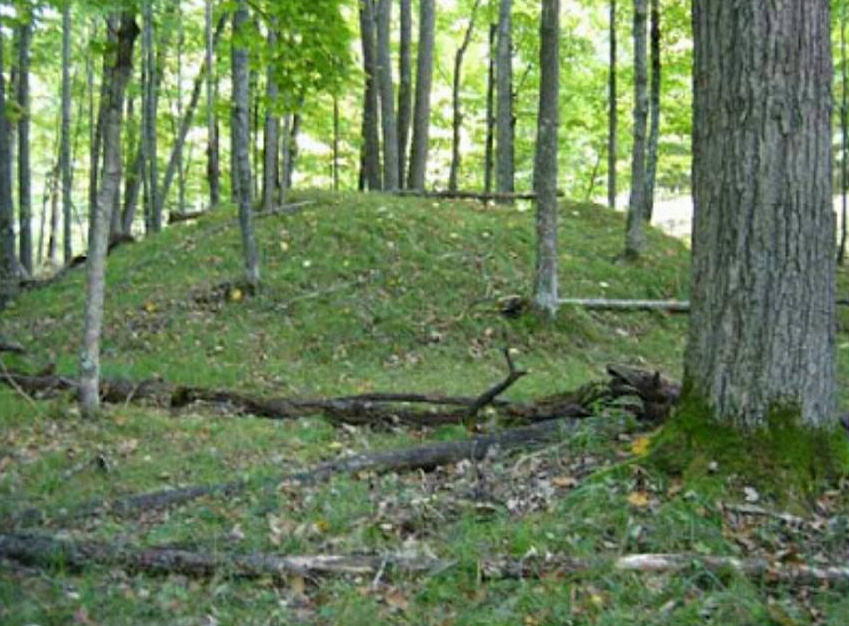 This ancestral burial mound is among the archaeological sites that could be impacted by the proposed Back 40 mine. Photo by Kevin Lancour

The Menominee and other local activists are also against the mine for the impact it could have on local water supplies. Since sulfide mining is more toxic than conventional mining—exposing sulfide ore to air and water easily creates corrosive sulfuric acid—any leakage from the mine could wreak havoc on the environment. It could also poison drinking water supplies, since the Menominee River feeds into Lake Michigan, the water source for millions.

Aquila received a conditional, final  permit from the Michigan Department of Environmental Quality (DEQ) on June 4th to start construction on the mine. Aquila must provide the DEQ with plans to model, monitor, and prevent potential environmental damage from the mine, to secure the agency’s final approval.

Local activists say they won’t stop fighting the mine, and members of the Menominee Nation say they’ll put their bodies between Aquila’s equipment and their traditional lands if they have to.

For more information and updates on the water protectors’ efforts, see our article, “The Back Forty Mine: Is It the Next Standing Rock?”

Sign our letter urging the four main investors in Aquila Resources to pull their funding, as the company is moving forward with the mine without community support. To date, more than 14,000 supporters have signed onto this action.

The Green America board is pleased to announce the 2022 appointments of two new board members, Salimata Bangoura for a one-year seat and Kimberly Jones for a three-year seat.